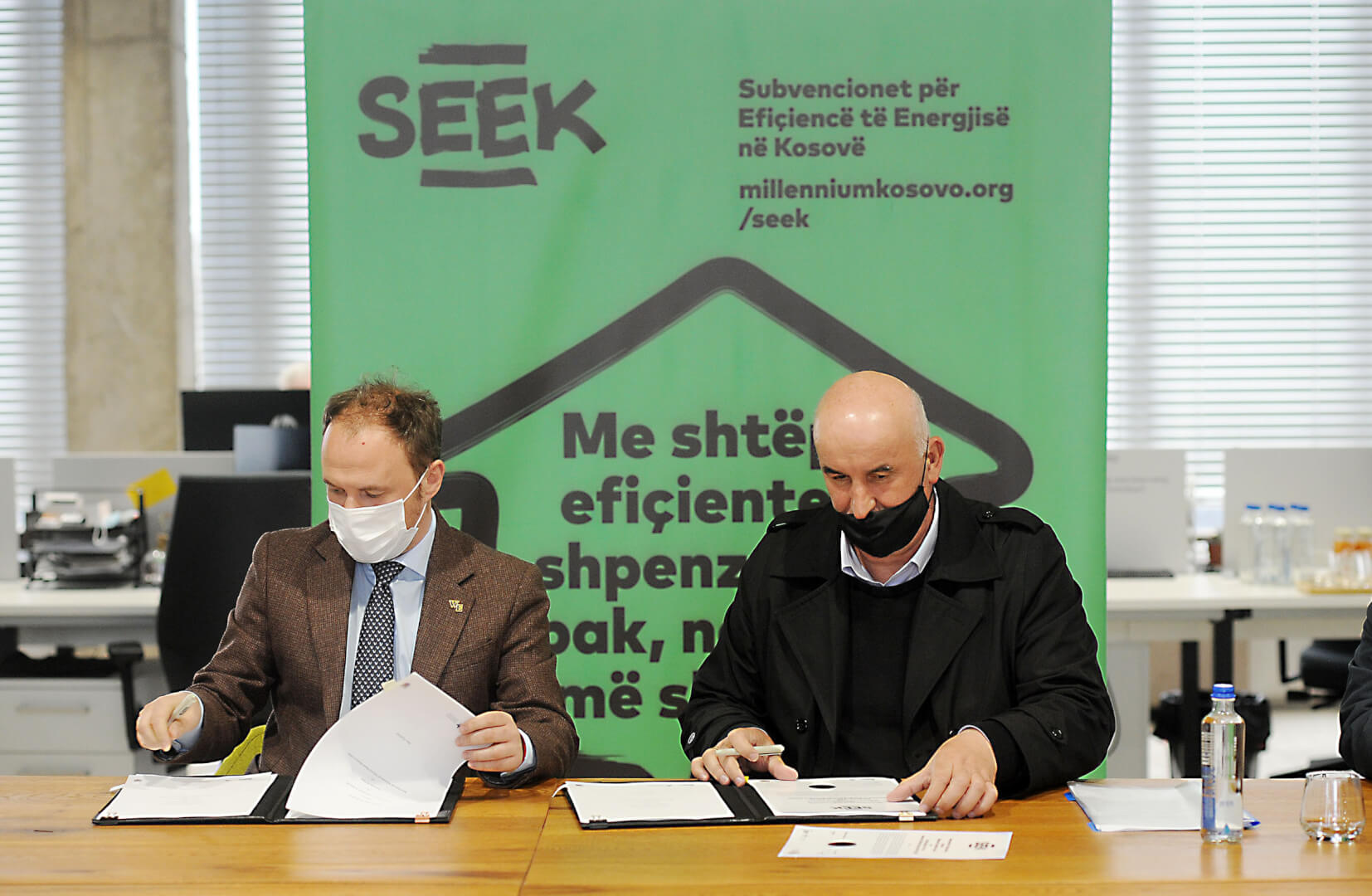 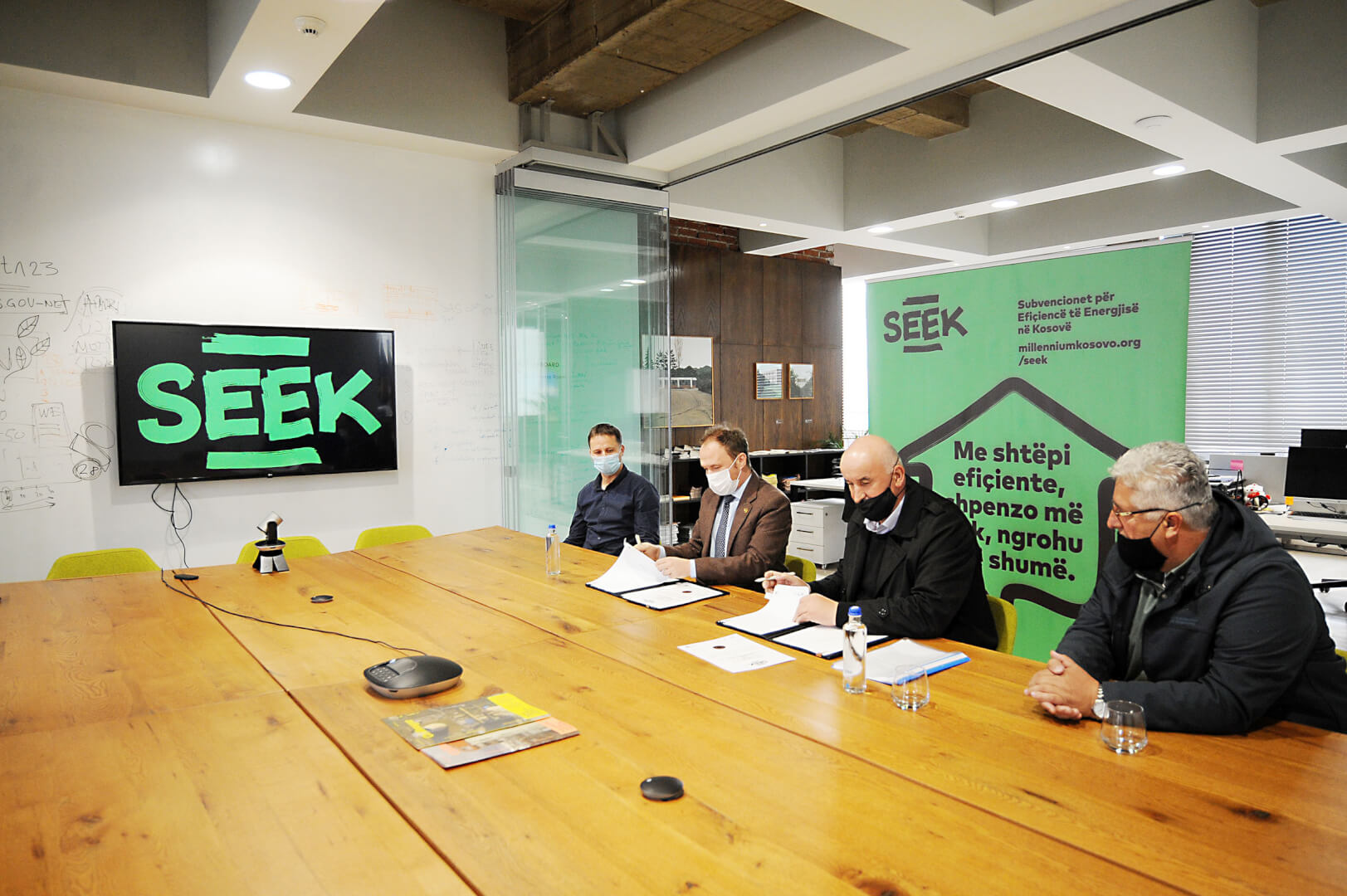 MOU Signed with Municipality of Viti on Apartment Building Retrofits

The Municipality of Viti is among seven municipalities (Prishtina, Gjakova, Lipjani, Mitrovica, Novo Brdo, and Gracanica) to receive financial support as part of the Energy Efficiency Retrofits in Multi-family Apartment Buildings (AER) project, which is a part of the  Subsidies in Energy Efficiency in Kosovo Program(SEEK). This MoU ensures that MFK and the Municipality of Viti will work closely together regarding energy efficiency measures,  both through securing investments from the Threshold program supported by the US federal agency MCC, and through strengthening organizational structures and further developing and improving energy efficiency measures in the municipality by leveraging incentive systems for consumers.

Through this SEEK Intervention, MFK will invest over 20 million euros in retrofitting approximately 700 apartment units and 2000 individual households throughout Kosovo. MFK will continue investing in energy efficiency measures, thereby reducing the consumption of electricity for heating as well as increasing consumer awareness of energy-saving measures and their long-lasting benefits.

On this occasion, Mayor Sokol Haliti of Viti expressed his appreciation to MFK and MCC for investing in the municipality. He stated: “This investment will positively impact the households in the municipality, while raising the awareness on energy saving as well as reduction of air pollution.”

MFK CEO Petrit Selimi stated that “Activities improving energy efficiency of households and apartments in Kosovo have direct impact in people’s economic conditions, and will help Kosovo institution create a viable long-term mechanism in reducing the energy consumption on the household level.”

MCC Country Director Sarah Olmstead stated that MCC is glad that the MOU has been signed, as it  represents the culmination of strong cooperation with the municipality. “We look forward to seeing works begin soon to improve the comfort and efficiency of apartments in Viti”, Mrs. Olmstead added.

Subsidies for Energy Efficiency in Kosovo – SEEK is an activity implemented by Millennium Foundation Kosovo. MFK is an accountable entity responsible for implementation of the $49 million Threshold agreement, signed by the Republic of Kosovo and Millennium Challenge Corporation in 2017. MFK’s mission statement calls for accelerating Kosovo’s transition to energy independence and good governance. Kosovo Threshold Program addresses two key constraints to Kosovo’s economic growth: an unreliable supply of electricity; and real and perceived weakness in rule of law, government accountability and transparency.