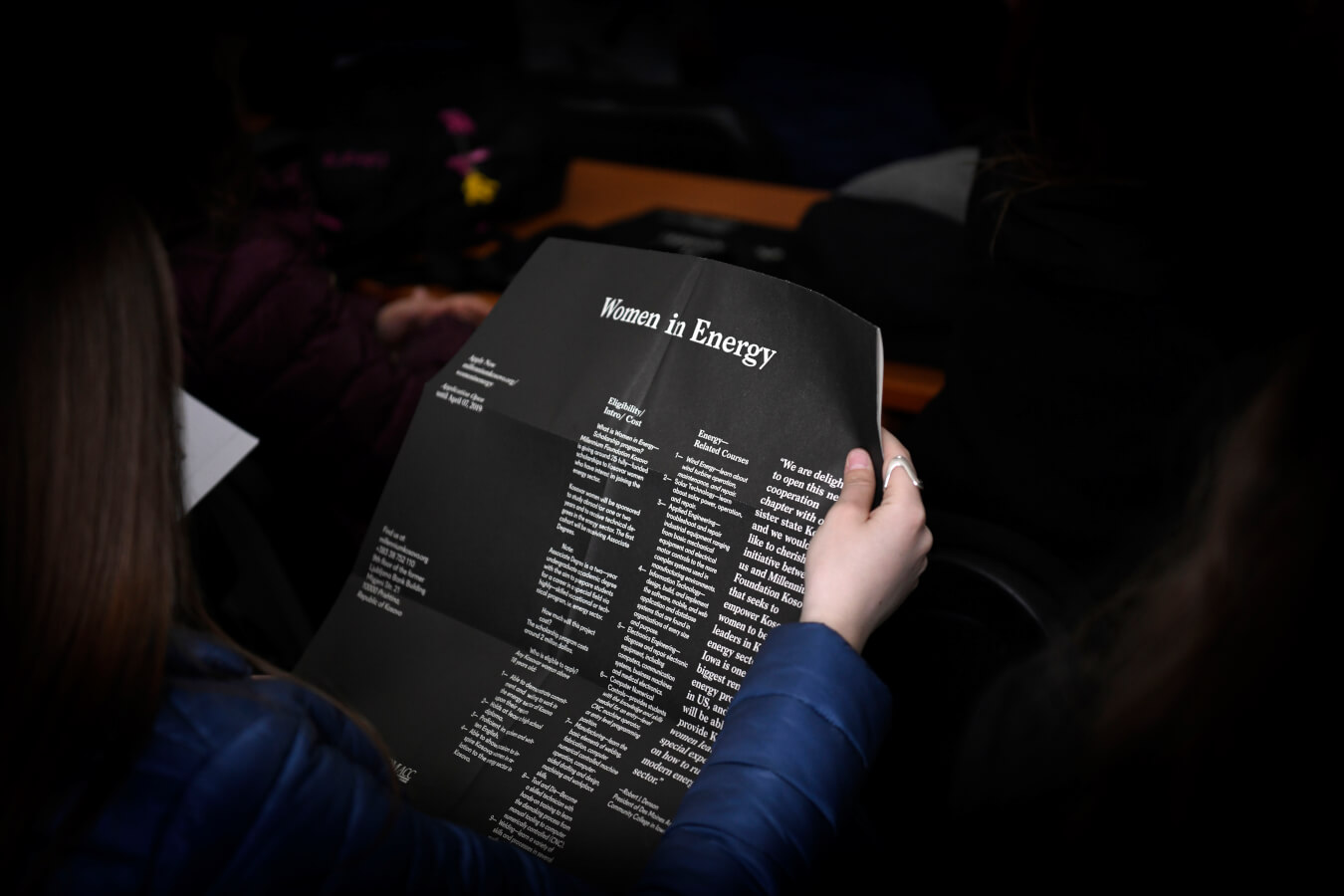 A delegation from Des Moines Area Community College, led by the President of this Iowa-based institution Mr Rob Denson, visited Millennium Foundation Kosovo to discuss the forthcoming partnership agreement between the two institutions.

MFK CEO Petrit Selimi and Mr Denson have signed a cooperation agreement last year to finance full scholarships for five Kosovar women to study energy-related subjects in Iowa. In the meantime, MFK has launched a series of activities focused on increasing gender and social inclusion in the energy sector in Kosovo.

As part of this activity, WE / Women in Energy Scholarship Program has been launched to ensure a further 20 scholarships to be provided to Kosovar women. The aim of the program is to increase the number of women in the energy sector and to cater to the needs of the sector for a bigger number of experts.

The first cohort of women to attend DMACC and other colleges in the US will depart in August 2019 with an expected graduation date in May 2021.

The program has been financed by Threshold Program signed between Government of Kosovo and Millennium Challenge Corporation, as well as contributions for the private sector.