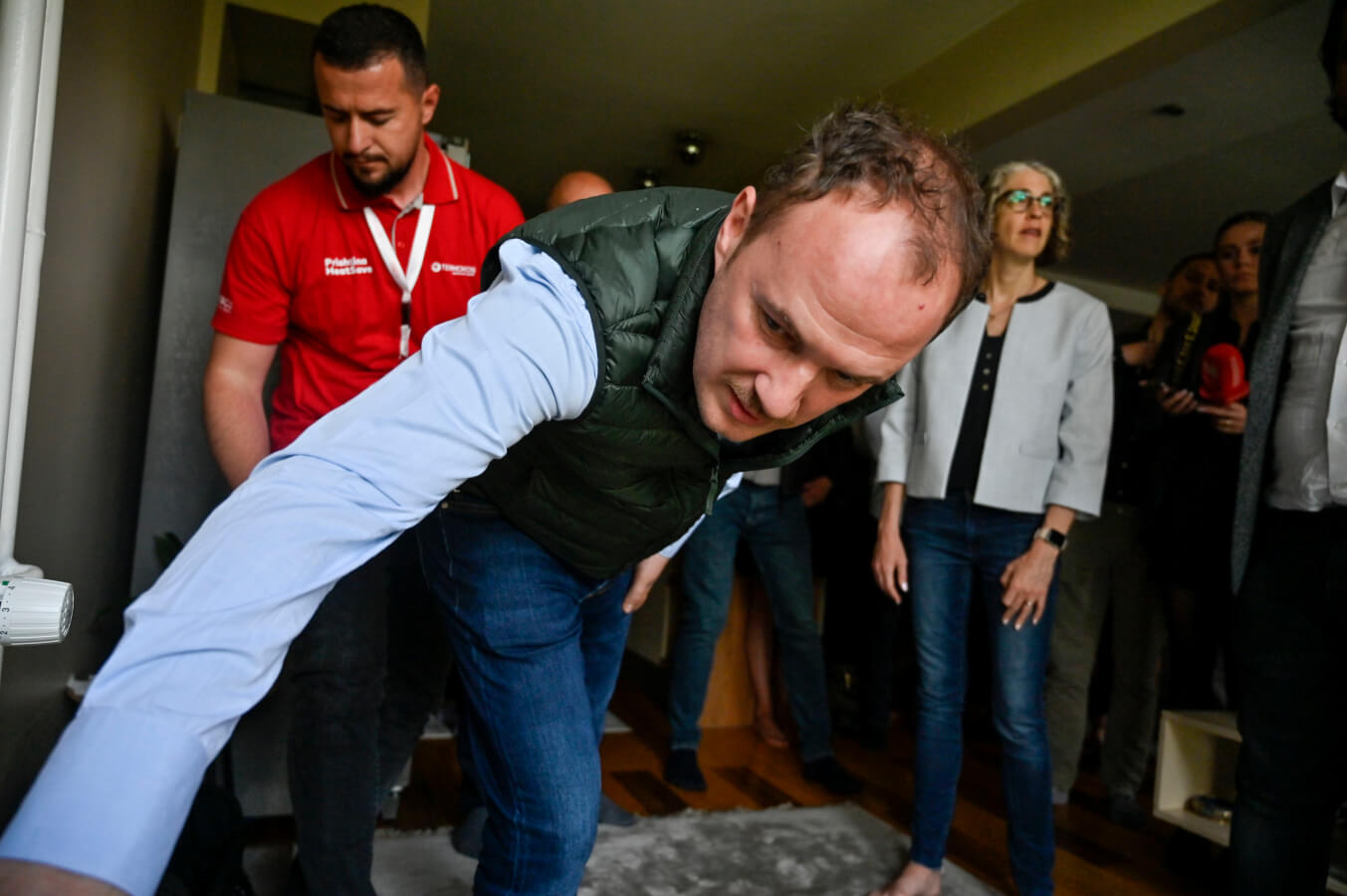 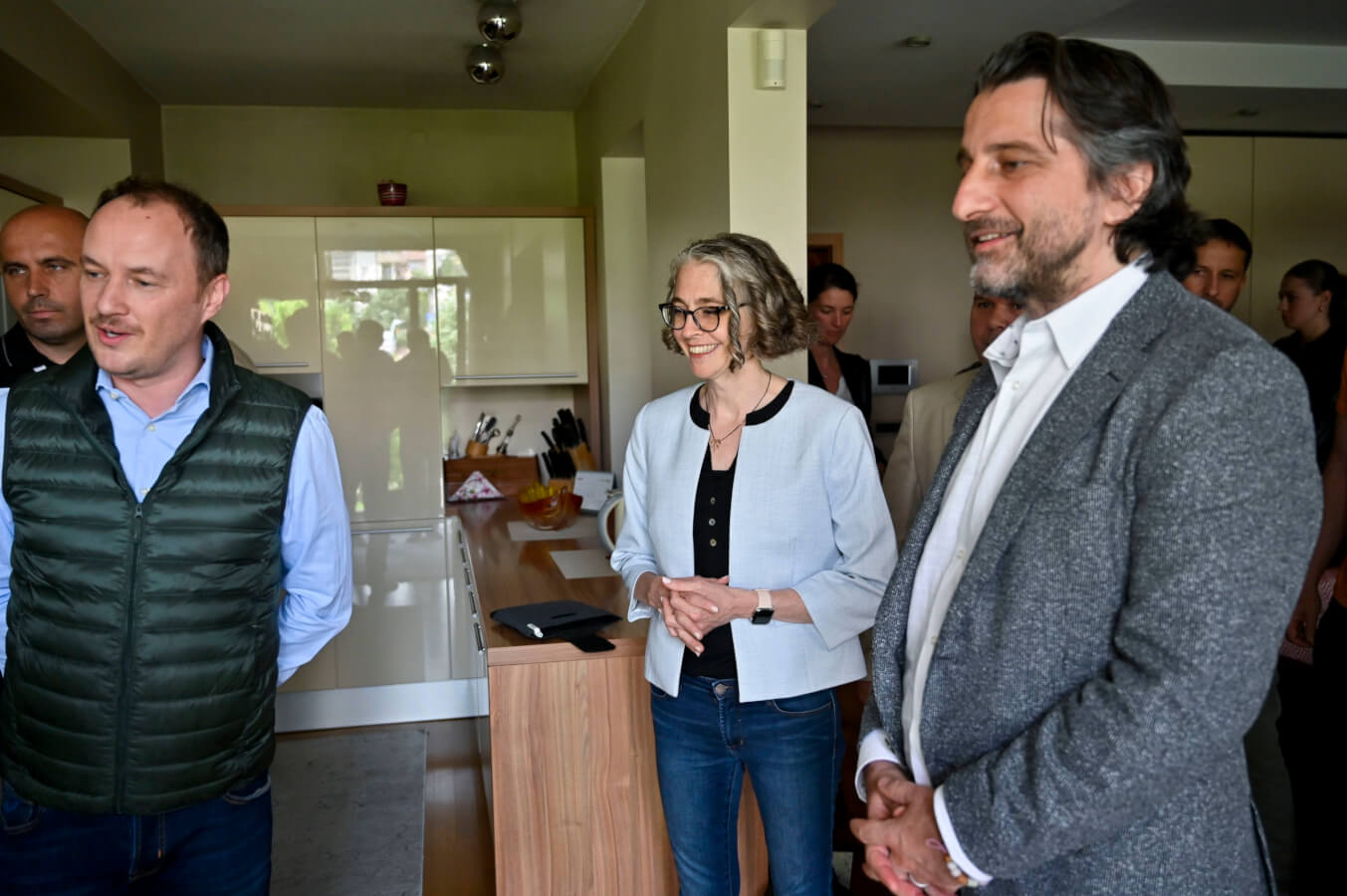 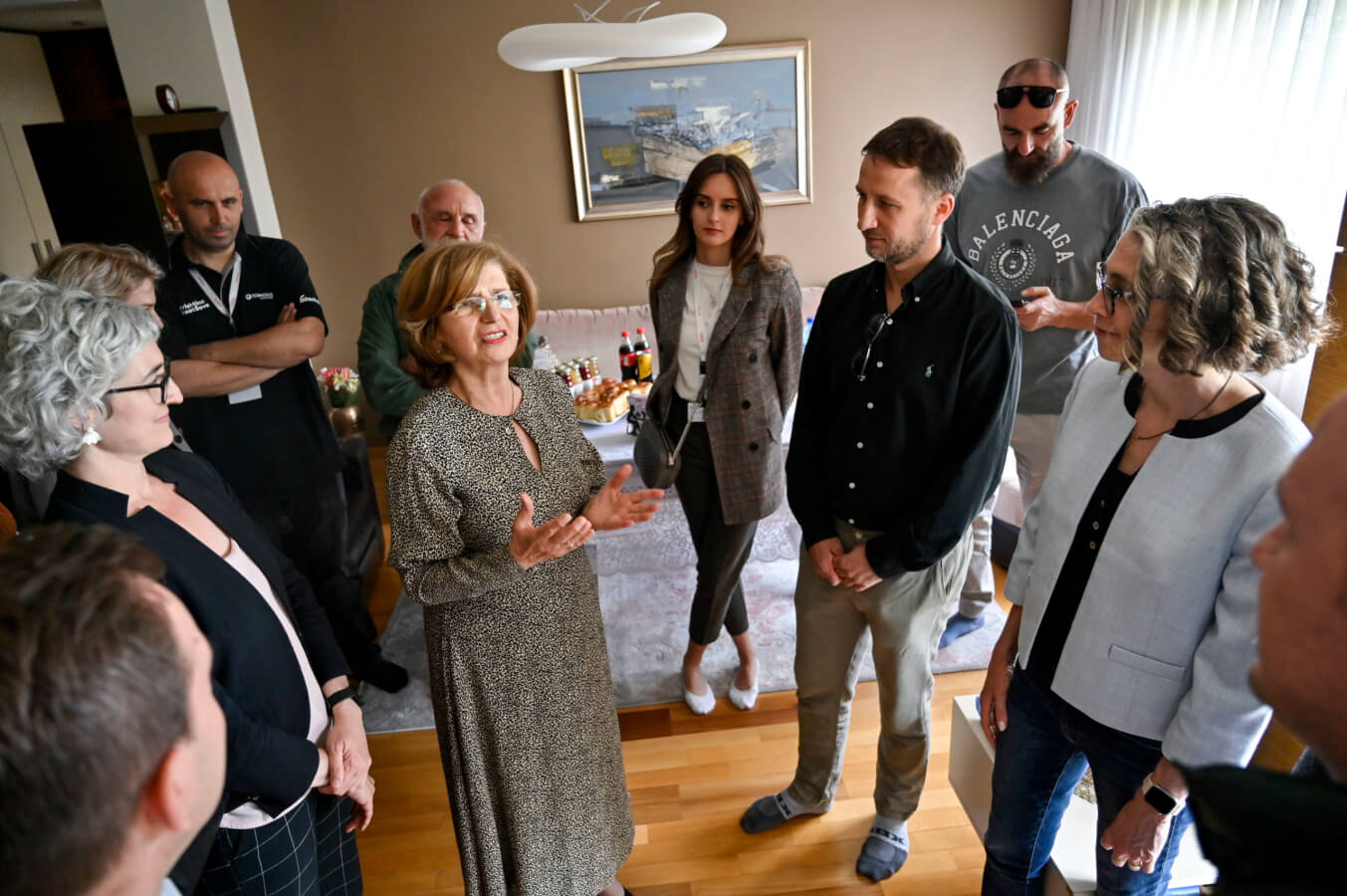 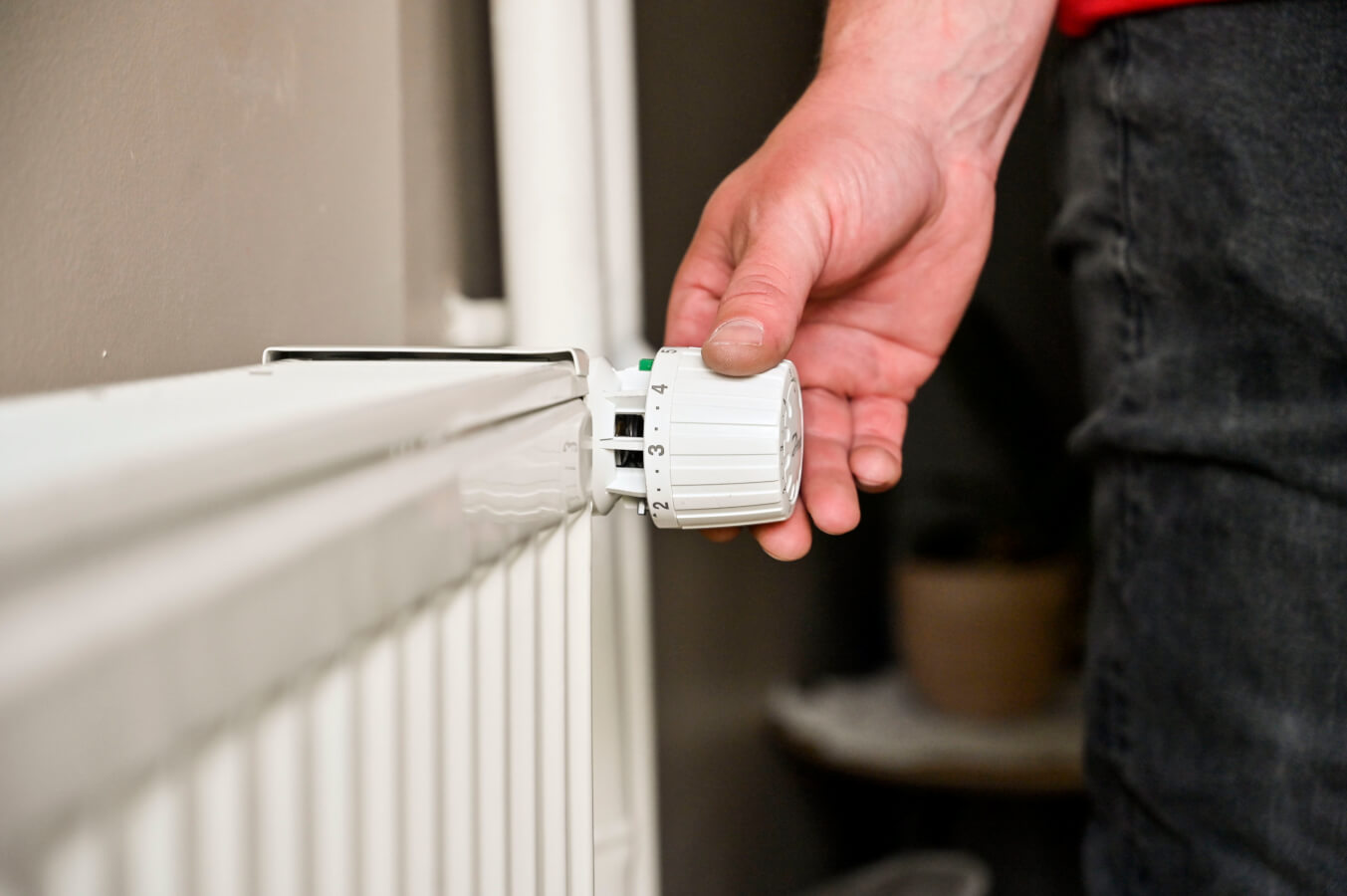 The Vice President of the Department of Policy and Evaluation at the Millennium Challenge Corporation, Alicia Phillips Mandaville, accompanied by her team from Washington DC, arrived today for a three day official visit in Kosovo. She started her visit by focusing on the modernization of the local heating system, through MFK and MCC’s investment Prishtina HeatSave activity.

The delegation from Washington, the Mayor of Prishtina Perparim Rama, Termokos District Heating CEO Arsim Fetahu, and MFK CEO Petrit Selimi, visited a family in their apartment in Prishtina, to take a closer look at the current heating system, while also witnessing the smart heating metering system being installed.

Mayor Rama highlighted the benefits that this investment co financed by MFK, MCC and the Municipality of Prishtina,  is about to bring to Prishtina citizens. “I have heard many of you say that during wintertime, you usually open the windows due to the heat you cannot control at your own apartment. As of today, there is no need to open the windows, instead you will be able to adjust the temperature and control the heating, thus saving energy and money.”

MCC Vice President Alicia Phillips Mandaville, also pointed out that this investment is of a significant importance for the lives of Prishtina citizens. “Pristina HeatSave has made important changes to how citizens of Pristina manage their energy use: consumption-based billing allows customers more control over their energy usage. This means families can make informed decisions about how much energy to use and have better control over their energy bill.” VP Mandaville stated.

Termokos CEO, Arsim Fetahu, stated that Prishtina HeatSave will help both the citizens to save as well as the district heating system to expand in other neighborhoods of Prishtina as well.

On the other hand, MFK CEO Petrit Selimi pointed out the key objective of the intervention “This investment aims to ensure Termokos becomes a modern company with a modern metering and billing system, but also to support thousands of clients so they can control their consumption and their expenses.”

MCC VP then continued her day by visiting the Prishtina HeatSave info point in the city center, as part of street activities organized by the Municipality of Prishtina for the weekend. A moment of performances, music, dance, and other cultural events was experienced by the MCC delegation too. VP Mandaville stopped by the MFK booth to discuss with Prishtina citizens about planned MCC-financed intervention as well as the detailed installation process including the smart meter functionalities.

VP Mandaville will be staying in Kosovo during the period of May 22-24, during which she is expected to attend a series of events organized by MFK and MCC, including the Women X Energy Closing Event and SEEK Donor Conferences.