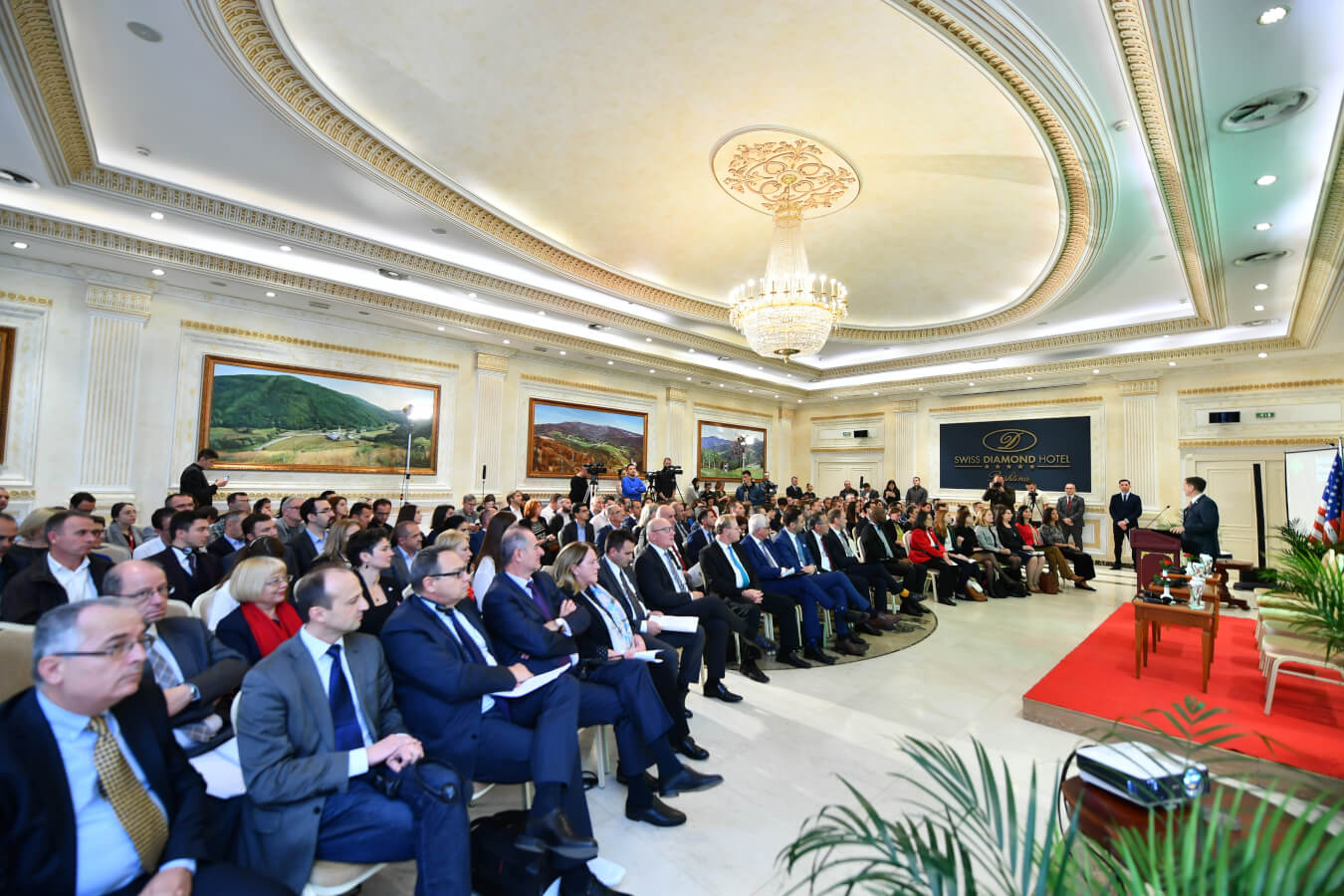 Millennium Foundation Kosovo (MFK) as the implementing entity of $49million Threshold Agreement between Kosovo and Millennium Challenge Corporation (MCC), has launched today a $20.6 million ‘SEEK – Subsidies for Energy Efficiency in Kosovo’, an activity to be implemented by a consortium of German companies GFA and HPC.

Mr. Petrit Selimi, the CEO of MFK, launched the SEEK project at the event with his welcoming remarks for the participants, partners, and other guests. He briefly spoke of the history of the inception of MFK and its agreement with the MCC, emphasizing focus areas of the agreement, namely the focus on energy and government transparency. Speaking of the expected impact of the SEEK project, Mr. Selimi added that, “This project seeks to help over 2600 houses and apartment buildings to be retrofitted for better energy efficiency, but more importantly it gives people data, information, and understanding that they can take a hold of their own destiny and their decisions have an impact on their own finances, comfort – and helps the government establish a more sustainable system of subsidies that don’t overspend taxpayers budget”.

USAID Administrator Mark Green, who also serves as a member of the Board of Directors of MCC participated in the launch event. In his remarks, Administrator Green noted he helped draft the legislation that created the MCC when he was a Congressman. Mr. Green recalled how “The idea was that where there were countries that had demonstrated a commitment to good governance, economic freedom, to investing in their citizens—that we should have a new tool that would fully leverage those commitments and qualities to secure a brighter future.”. Speaking on how investments in energy efficiency measures will benefit Kosovo and its citizens, he emphasized that, “over time, greater reliability in the energy sector will increase productivity, and lower costs mean income-saved and money that can be invested elsewhere”.

Participants were also welcomed by MFK implementing partners from GFA-HPC Consortium, Dr. Daniel Wahby, the GFA Head of Climate and Energy Cluster, and Dr. Frank Karg, the CEO of HPC International. The partners emphasized their commitment of the consortium to implement the SEEK Project to the full satisfaction of all stakeholders and to the benefit of the Republic of Kosovo and its citizens.

Following the welcoming remarks by the hosts, project team-members presented the main objectives and Intervention Packages of seek for the audience, followed by a Q&A session. The focus of SEEK’s housing Intervention Packages – Household Efficiency Retrofits (HER) and Apartment Building Efficiency Retrofits (AER), will be on providing financial incentives to the residential sector, whereas the focus of Women Energy Entrepreneur (WEE) Intervention Package will be on the activities that address the barriers to the participation of women in the energy sector as employees and entrepreneurs through a series of proactive measures to increase the employment of women, and to encourage women’s entrepreneurship in the energy sector with grants and technical assistance.

SEEK is part of a larger project implemented by the MFK with the support of GFA/HPC Consortium as Implementing Consultant titled “Reliable Energy Landscape Project” (RELP), with its overarching objective to reduce the gap between energy demand and supply, by lowering energy use through piloting household investments in energy efficiency, switching to cost‐effective non‐electricity sources of heating, and reducing barriers to independent power producer (“IPP”) entrants to the market.