Home - News - $500,000 to be invested in the comfort and efficiency of apartments in the Municipality of Viti 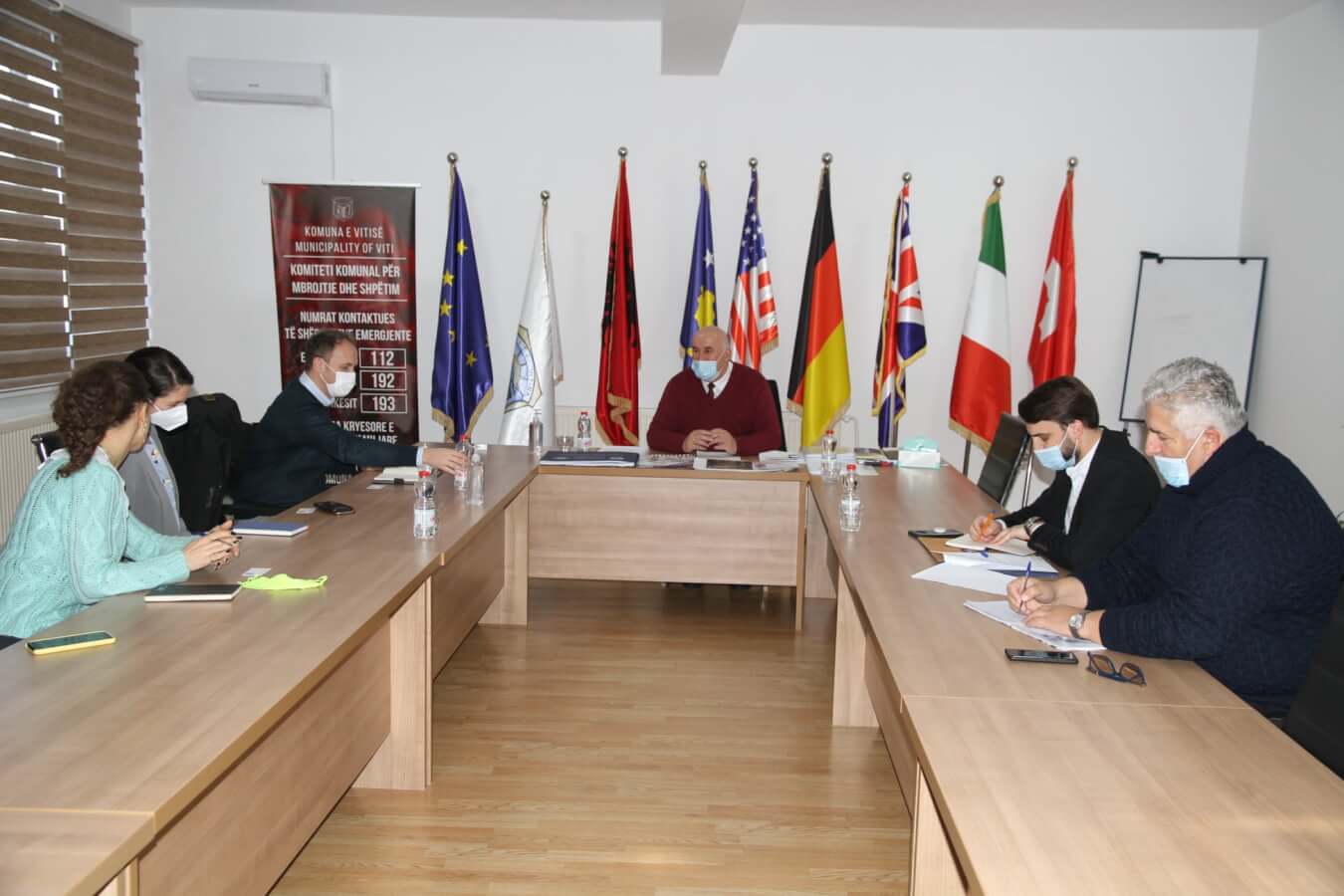 $500,000 to be invested in the comfort and efficiency of apartments in the Municipality of Viti

The retrofitting process of four multi-apartment buildings to improve the comfort and efficiency of Viti’s households, begins in March.

On this occasion, team of CEO Petrit Selimi, Energy Efficiency Specialist Nora Cimili, and MCC Deputy Resident Threshold Director for Kosovo Caitlin Reichart, paid an official visit to the Mayor of the Municipality of Viti, Sokol Haliti, to further discuss these energy efficiency-related projects and investments in this municipality, as part of the Subsidies in Energy Efficiency in Kosovo Program (SEEK).

Mayor Haliti considered this investment of a significant importance, coming from Kosovo’s friend and ally. Mayor went on emphasizing the positive impact of such projects in the overall quality of people’s lives “This investment will help Viti’s households save and increase their comfort, while learning more about energy saving as well as environment protection.”

MFK CEO Petrit Selimi pointed out that out of all municipalities that are to receive MFK and MCC’s investments, the Municipality of Viti is the biggest beneficiary per capita.  Selimi also stated that “ such efficiency investments in multi-apartment buildings are designed to reduce energy consumption and hopefully will help citizens of Viti enjoy a more comfortable life, as well as breathe cleaner and safer air.”

As part of the Energy Efficiency Retrofits in Multi-family Apartment Buildings (AER) Activity, MFK and MCC, in partnership with the local government are investing up to $500,000 in energy efficiency projects for the retrofitting of old, dilapidated buildings in the Municipality of Viti. These investments include but not limited to the improvement of external thermal insulation of walls and roofs; placement of energy-efficient windows /external doors; weather sealing of common areas etc.

MCC’s Caitlin Reichart, congratulated Mayor Haliti for his great commitment to improve the municipality’s energy sector, while expressing her excitement for the beginning of works through which all Viti’s citizens will benefit in the long term.

During the meeting, MFK and the Municipality of Viti agreed to not only work closely together on energy efficiency related projects, but also foster their cooperation on engaging more women interns in Viti’s energy sector through Women in Energy Program.

AER is part of Subsidies for Energy Efficiency in Kosovo – SEEK, an activity implemented by Millennium Foundation Kosovo. MFK is an accountable entity responsible for implementation of the $49 million Threshold agreement, signed by the Republic of Kosovo and Millennium Challenge Corporation in 2017. MFK’s mission statement calls for accelerating Kosovo’s transition to energy independence and good governance. Kosovo Threshold Program addresses two key constraints to Kosovo’s economic growth: an unreliable supply of electricity; and real and perceived weakness in rule of law, government accountability and transparency.