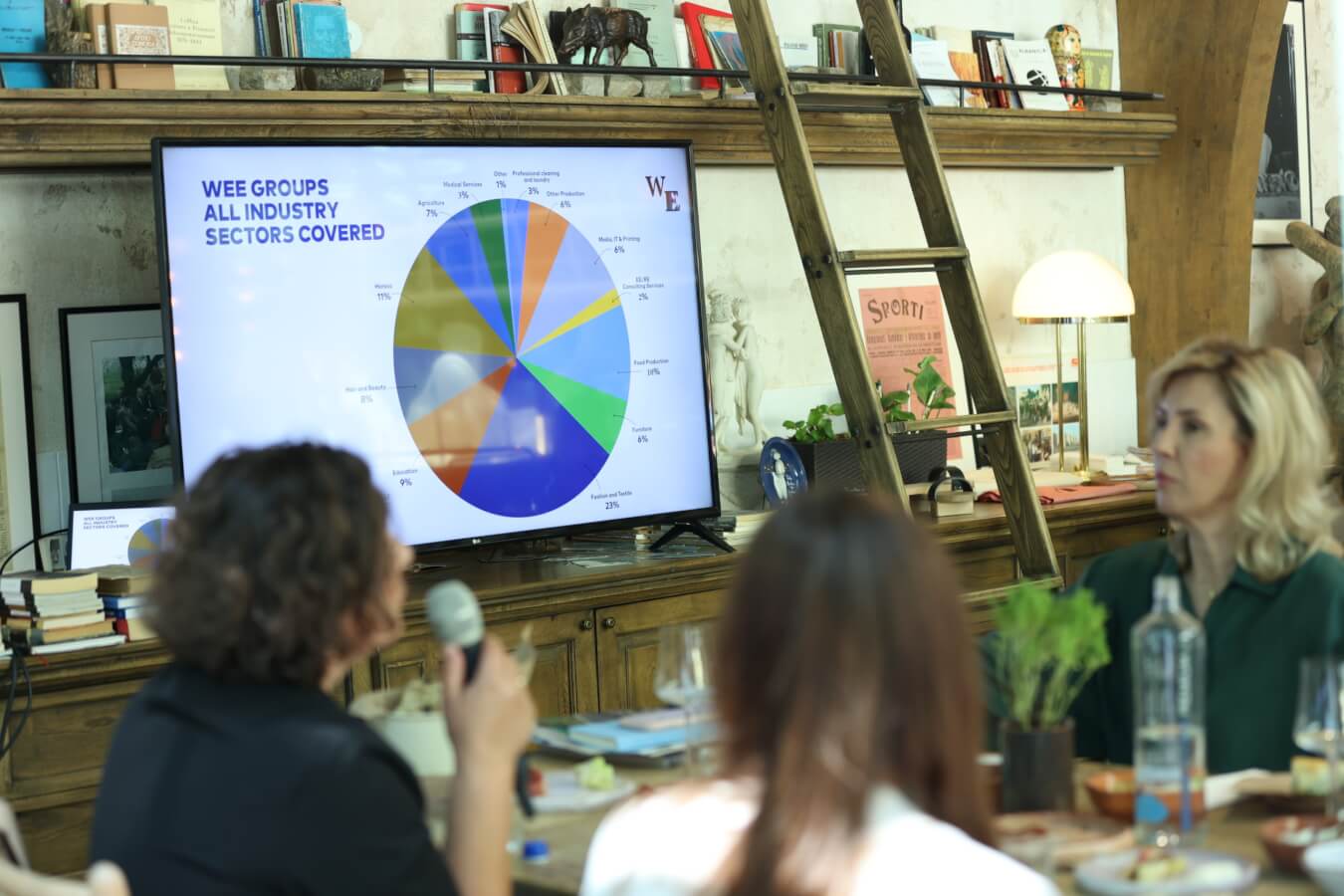 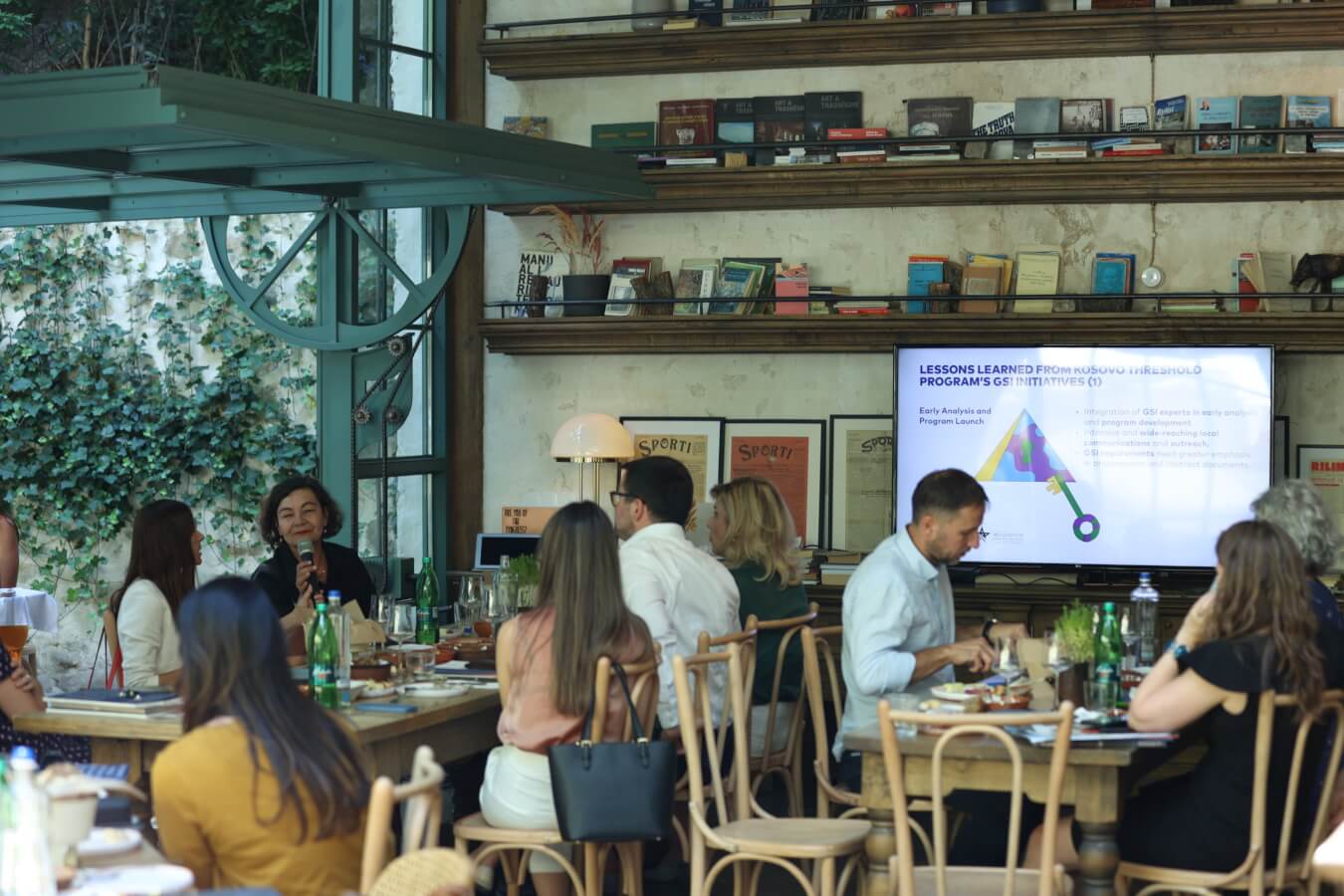 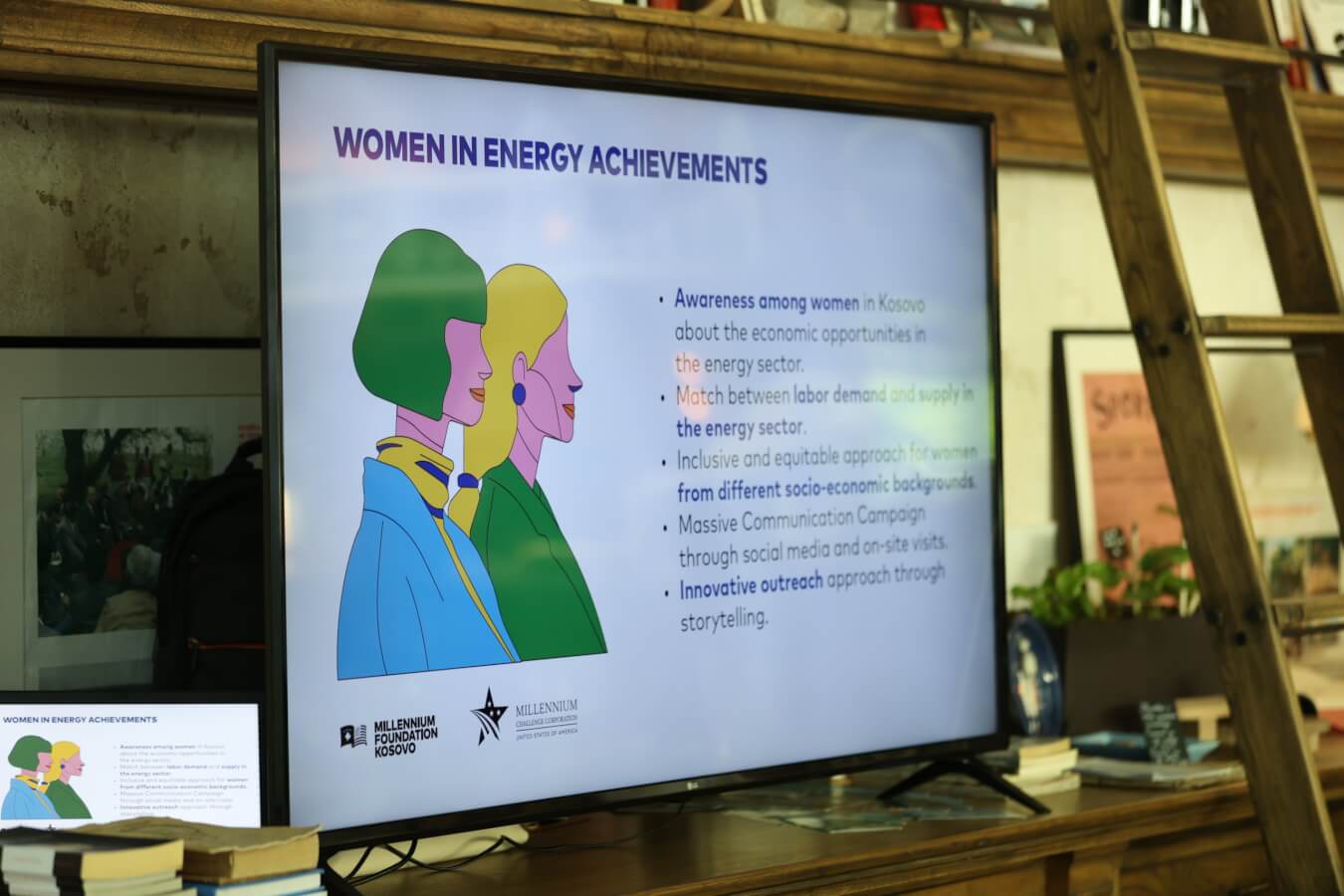 Today, the Millennium Foundation Kosovo (MFK) and the Millennium Challenge Corporation (MCC) launched a report on MFK’s social and gender inclusion activities. The report summarized the Threshold’s major social and gender inclusion accomplishments, based on the objectives outlined in the Social and Gender Integration Plan (SGIP), which ensures that women, the poor, persons with disabilities, and minorities could also participate in energy efficiency retrofits and benefit from increased and increasingly targeted public health-minded messaging.

The report on practices, challenges, and lessons from MFK’s GSI activities was presented by Jozefina Cutura, MCC GSI Director, Violeta Rexha, MFK GSI specialist, and Gresa Statovci, MFK Coordinator for WE Internship and Scholarship Program. GSI leads, unveiled GSI achievements under the Threshold program which include opportunities for economic growth by its integration into the ‘Reliable Energy Landscape Program-RELP’ and its many activities which tackled energy poverty in Kosovo head o n. Additionally, the dedicated Women in Energy program brought benefits to hundreds of women across Kosovo through receiving business grants, scholarships, internships,and mentorship support including rural places and minorities.

‘The findings from this program and this report help inform the policies of the Government of Kosovo and other donors working here on how to engage women in the labor force and some of the approaches that might be effective.’ Sarah Olmstead, Country Director for MCC in Kosovo stated. She went on saying that ‘MCC will be using the lessons learned and successes of MFK’s Program in designing the activities of the following Compact program.’

On the other hand, Petrit Selimi, MFK CEO, highlighted the impact of the ‘Women in Energy throughout the country as well as the influence it had in shaping other activities and investments by other donors. ‘’WE have managed to increase the social awareness towards the capacity of women as strong actors in the energy sector. Importantly, following the success of WE, many organizations and institutions have started designing and implementing similar projects aiming to empower women in the energy sector – added Petrit Selimi, MFK CEO.

Millennium Foundation Kosovo (MFK), supported by the Millennium Challenge Corporation (MCC) has implemented a pioneering 5-year program dedicated to bridge the enormous gender gap in the energy sector in Kosovo, as well as to ensure that the energy needs of the women-owned businesses in the country are met. In addition, as gender and social inclusion are essential to MCC’s mission of achieving poverty reduction through economic growth, MFK has integrated gender and social inclusion objectives in each project and activity.

This report was produced by Nathan Associates under the technical oversight, guidance and inputs by Jozefina Cutura from Millennium Challenge Corporation (MCC), Violeta Rexha and Gresa Statovci from Millennium Foundation Kosovo (MFK). The team is grateful for the personnel from MCC, MFK, and implementing contractors who informed this effort through extensive consultations and reviews.