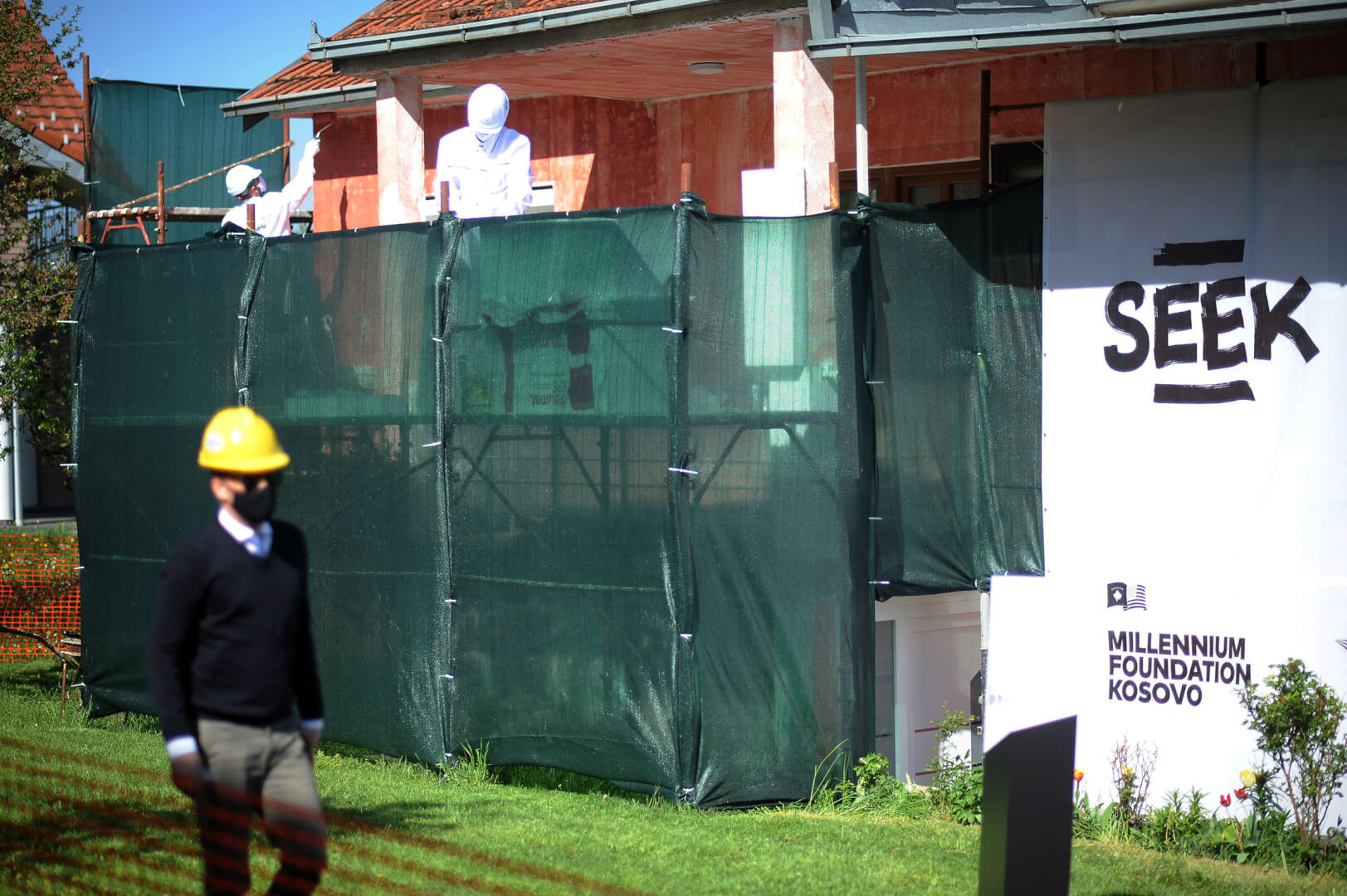 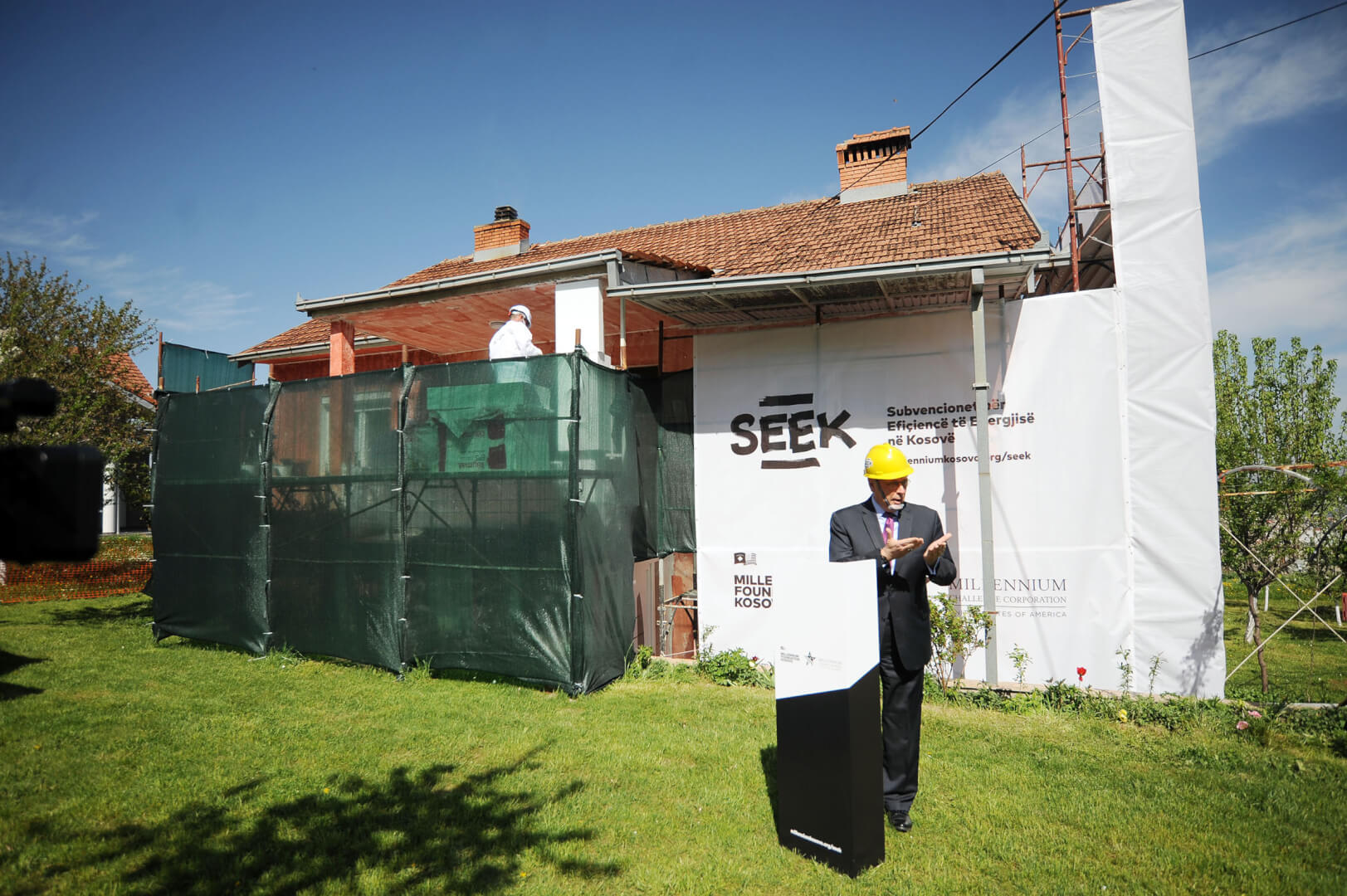 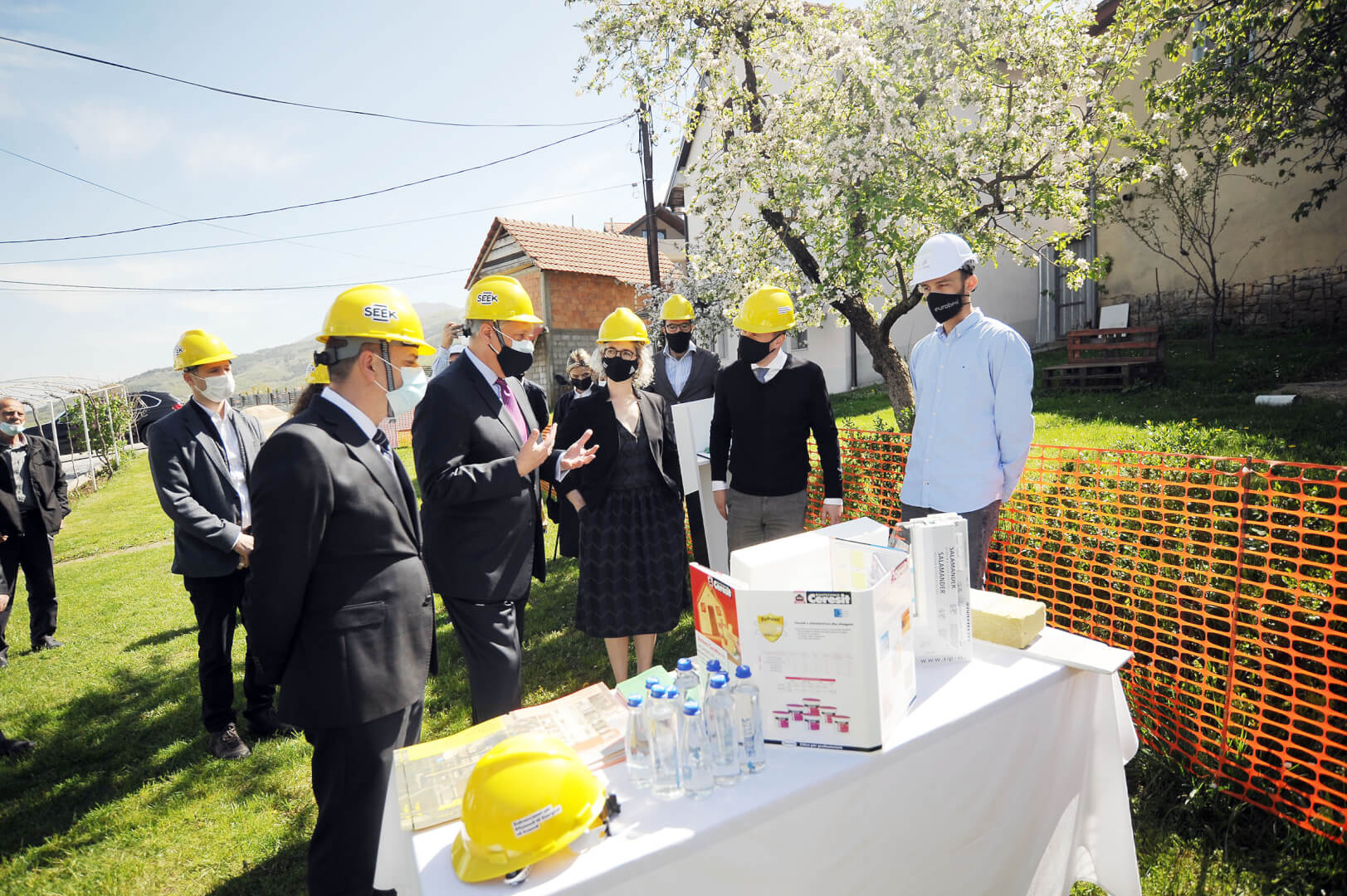 Millennium Foundation Kosovo (MFK) launched its biggest activity focused on improving energy efficiency for households and apartment buildings in Kosovo. The project, called SEEK (Subsidies for Energy Efficiency in Kosovo – SEEK), is a $20.6 million investment supported by the Threshold program agreement between Millennium Challenge Corporation (MCC) and Kosovo. Special attention in this activity will be given to houses owned by families in social plans or in other vulnerable groups.

On this occasion, the U.S. Ambassador Philip S. Kosnett, Mayor of Prizren Mytaher Haskuka, MCC Country Director for Kosovo Sarah Olstead, and MFK Chief Executive Officer Petrit Selimi, participated in a ceremony commemorating the first house to be retrofitted in the Municipality of Prizren,which belongs to Murtezan Bajrami and was built in 1985.

In her opening remarks, Sarah Olmstead, the MCC Country Director for Kosovo, brought to attention the environmental impact of inefficiency. She emphasized that “here in Kosovo most of particle pollution comes from households, so energy efficiency can directly improve health, not just of the household residents that make the investment, but for all the families and neighbors living next door to you.”

The U.S. Ambassador to Kosovo Philip S. Kosnett underscored the urgency of stronger climate action and the broader efforts of the United States Government to tackle climate change and its commitment to achieving a carbon-free power sector by 2035. With regard to the objectives of the MFK and SEEK Project, Ambassador Kosnett added: “I am especially excited to be here in Prizren today to launch an incentive program for Kosovo households to make investments in energy efficiency. This program will help to reduce the costs of energy efficient upgrades, and ultimately, reduce household energy consumption—while also putting money back into the pockets of citizens. Reducing the amount of energy we consume at home, not only lowers our bills, but is one of the ways that we can fight against climate change.”

Mayor Haskuka expressed his deep appreciation that the Municipality of Prizren is the first to benefit from MCC and MFK’s intervention: “All across Kosovo, we can see many old uninsulated brick houses due to various reasons, but now we have the opportunity to change this. SEEK will help us and our families have warmer homes during the winter, and cooler homes in hot weather.”

Mr. Petrit Selimi, the CEO of MFK, thanked the hosting family, the guests, and other participants while summarizing the focus of the SEEK Project: “Since 2016 we have been designing interventions to pilot projects focused on bridging the gap between demand and supply of electricity. Other agencies, institutions, and the private sector are focused on the generation side, while our key focus actually is on helping Kosovans spend less and save more and live more comfortably in their homes.”

This intervention is part of the Households Efficiency Retrofits (HER) Intervention Package, which is a part of the SEEK Project, and aims to reduce electricity consumption in the residential sector by piloting subsidies and other incentives to households to invest in energy efficiency measures. This activity is implemented by a consortium of German companies, the GFA Consulting Group, and HPC International.

SEEK is part of a larger project implemented by the MFK with the support of GFA/HPC Consortium (as Implementing Consultant) titled “Reliable Energy Landscape Project” (RELP). RELP’s overarching objective is to reduce the gap between energy demand and supply by lowering energy use through piloting household investments in energy efficiency, switching to cost‐effective non‐electricity sources of heating, and reducing barriers to independent power producer (“IPP”) entrants to the market.