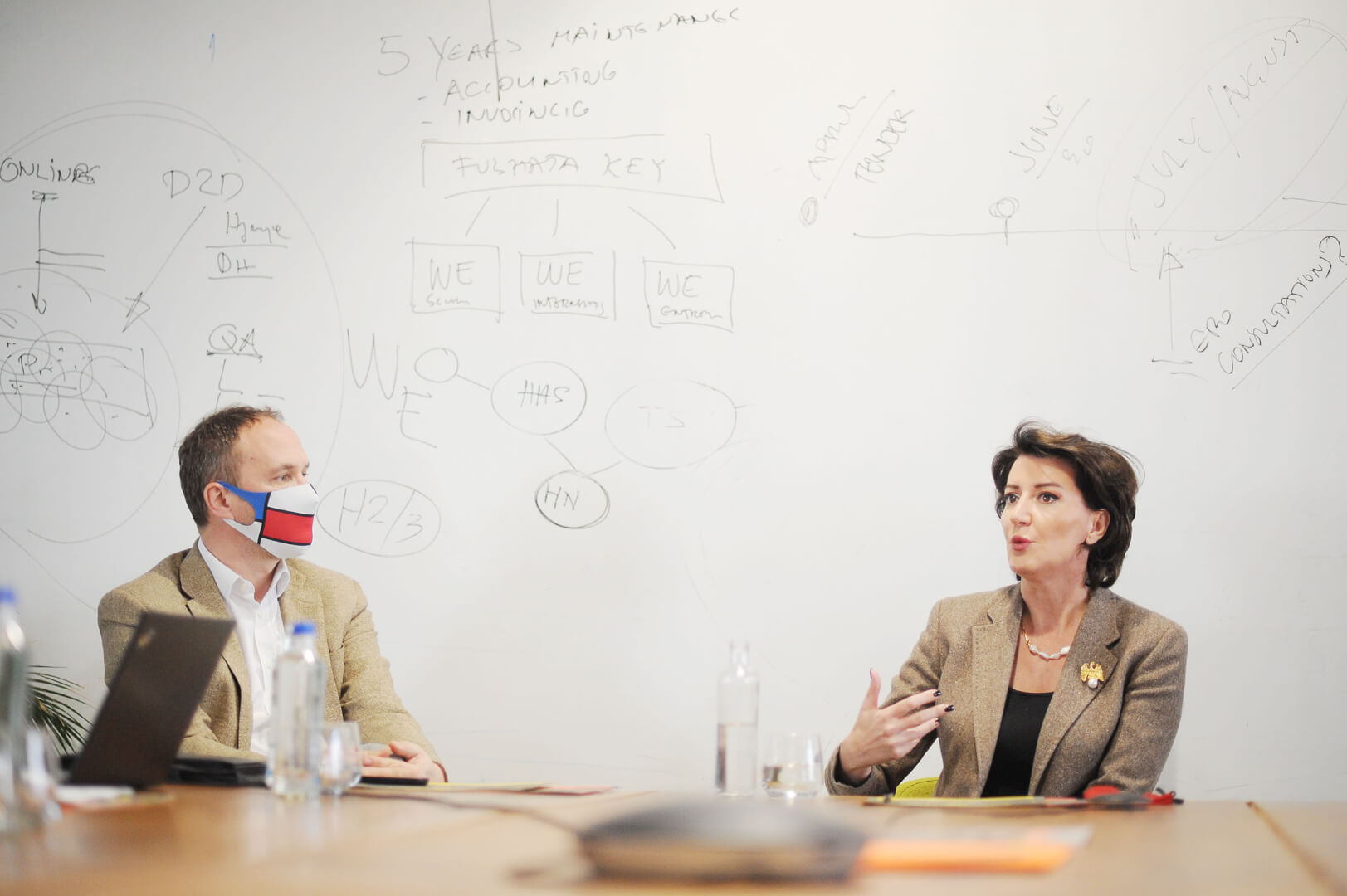 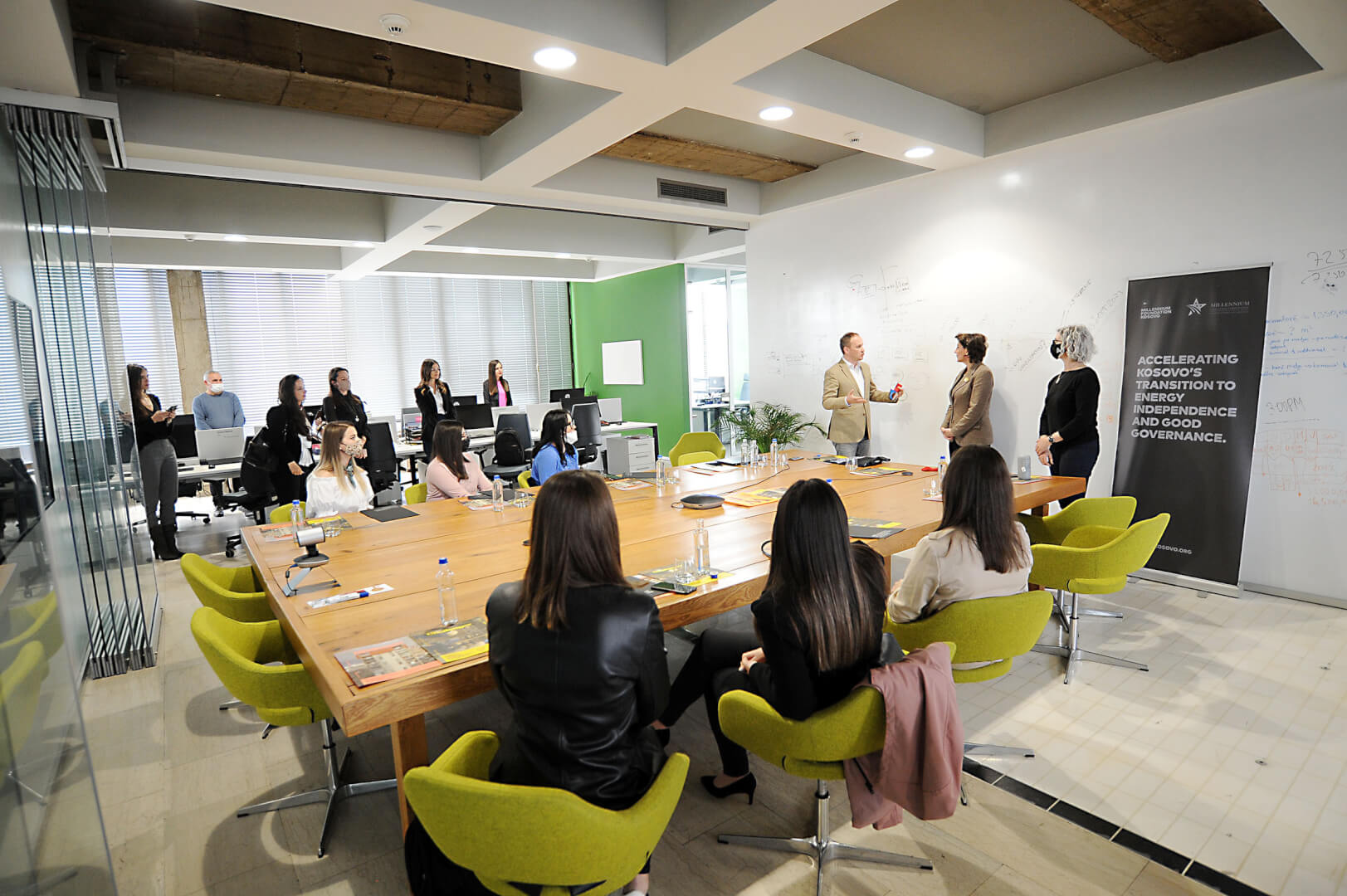 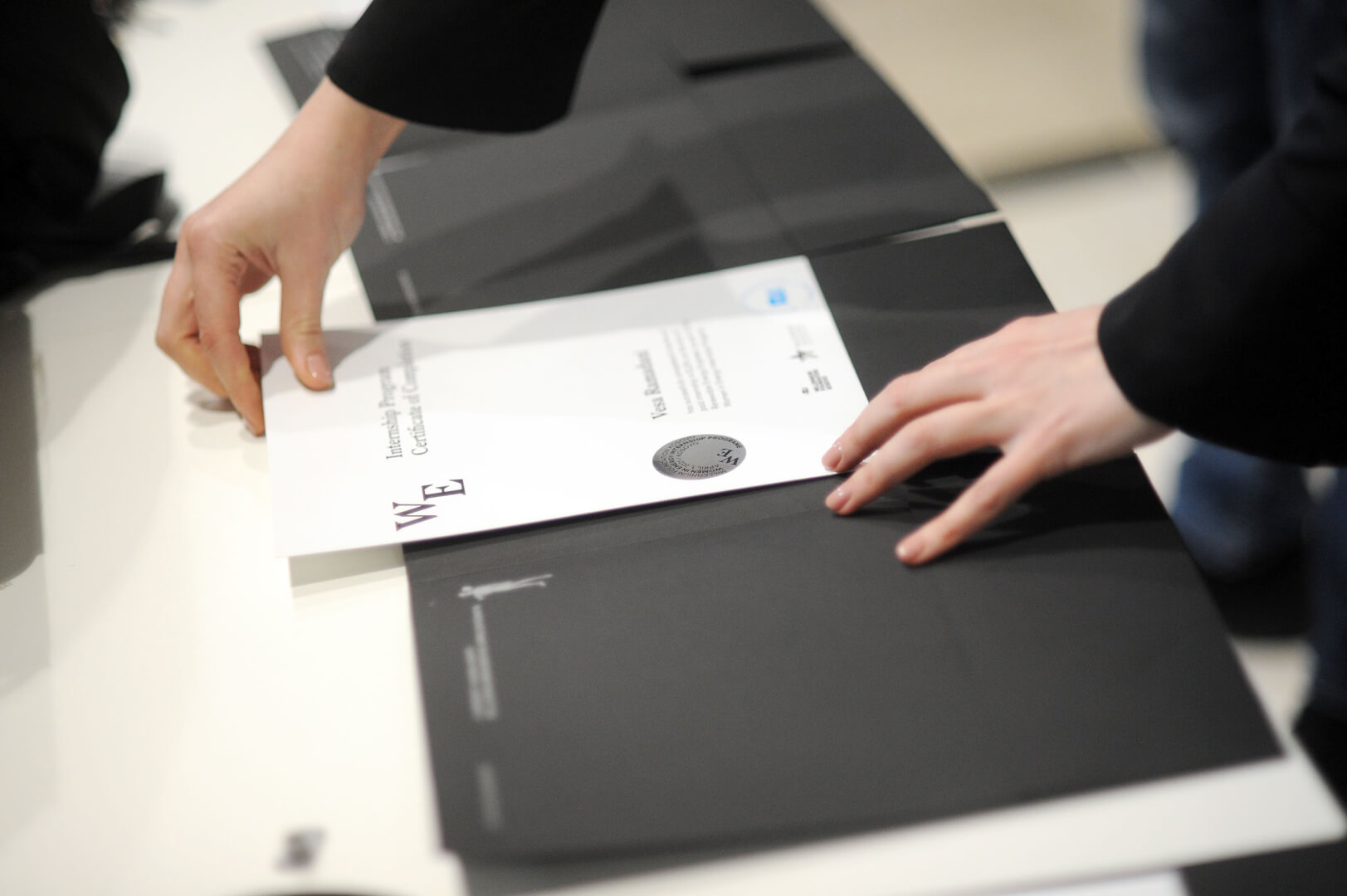 Former President of Republic of Kosovo, Mrs. Atifete Jahjaga, visited the offices of Millennium Foundation Kosovo (MFK) today, and delivered a talk to recipients of internships and scholarships provided by MFK’s Women in Energy Program in a hybrid event. MCC Country Director for Kosovo Sarah Olmstead and MFK CEO Petrit Selimi attended and also gave remarks on gender and social inclusion as fundamental aspects of each program that MFK/MCC supports.

In a wide-ranging talk, former President Jahjaga spoke of the challenges regarding greater gender inclusion throughout the economic, social and political landscapes of Kosovo. She also spoke about the Jahjaga Foundation and its projects. The Jahjaga Foundation is a nonprofit organization established by former President Jahjaga that works in to enable greater participation of women in Kosovo economy, support victims of sexual violence, and to implement other leadership programs for women.

Former President Jahjaga stated that “women in Kosovo face greater discrimination in many fields but that persistence and resilience showed that this misbalance can be addressed and rectified, as we have seen with greater participation of women in the parliamentary life”. She has also called for collaboration between the two foundations regarding outreach towards women in rural areas to enable more inclusion in future projects.

Sarah Olmstead, MCC Country Director, stated that: “Gender and social inclusion is a fundamental core to every program MCC executes. It is actually fundamental to how we select countries to work with, because if government is not working to make sure that there is equal access to opportunities, then it cannot achieve it’s full economic potential.” She also added “WE Program is helpful not only for the women who participate as interns, but for employers who get value out of our interns and think in the future to hire more women and hopefully will have lasting impacts, and I’m glad to meet today some of our beneficiaries and celebrate their successes.”

Petrit Selimi, CEO of MFK, stated that: “MFK is one of the organizations with the most active and innovative portfolio of activities for women empowerment in the economy, more specifically in the energy sector. We have taken a trilateral approach of providing grants, scholarships and internships for women, creating a new generation of women leaders and supporting STEM education for women to address both short term needs of the companies and long-term challenges of the sector”.

Millennium Foundation Kosovo is the implementing entity of the Threshold Program, signed by the Government of the Republic of Kosovo and Millennium Challenge Corporation in 2017. Kosovo Threshold Program addresses two key constraints to Kosovo’s economic growth: an unreliable supply of electricity; and perceived weakness in rule of law, government accountability and transparency. In addition, MFK engages in a wide array of cross-sectorial activities supporting gender and social inclusion, especially through its flagship Women in Energy initiative.