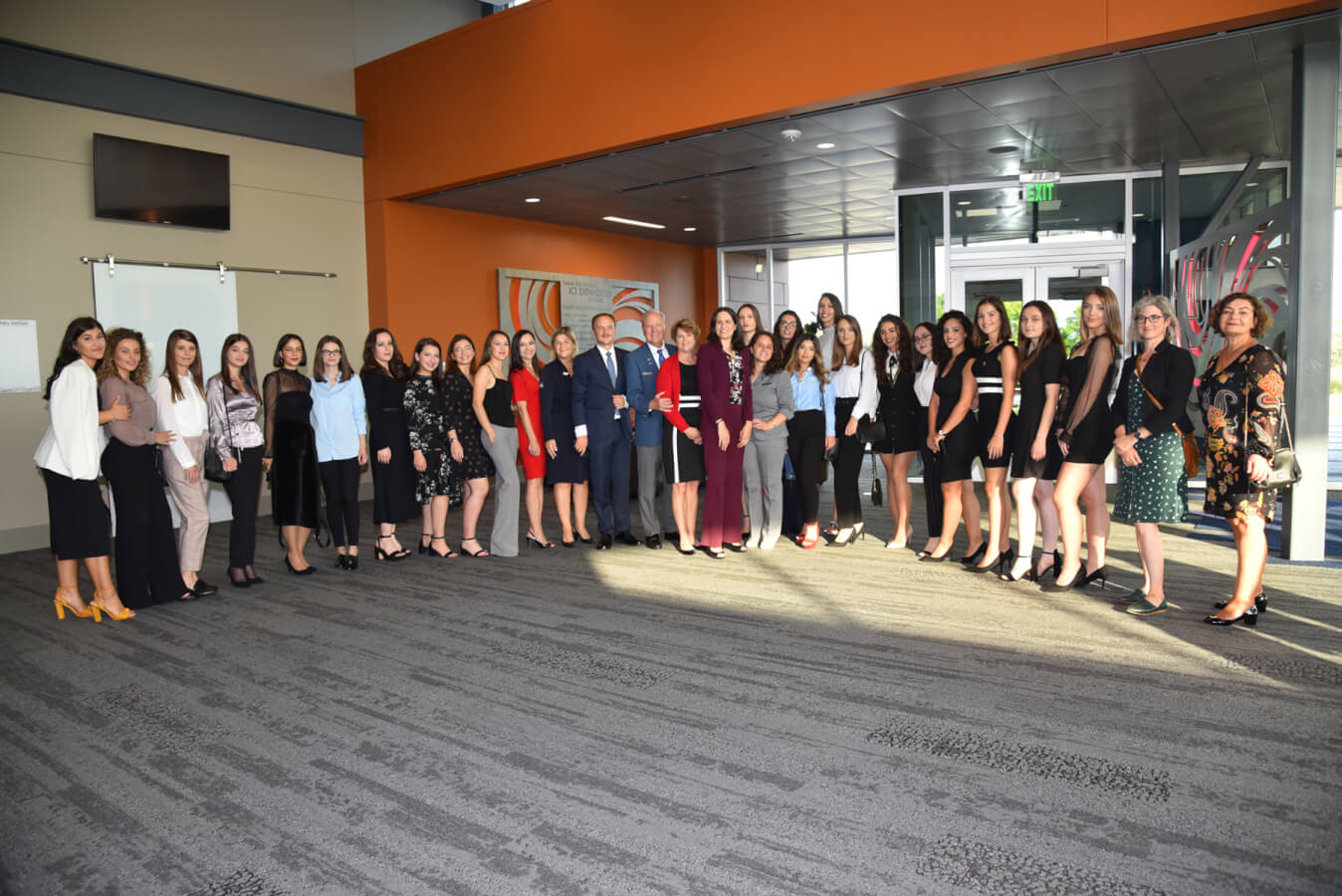 Millennium Foundation Kosovo (MFK) and Millennium Challenge Corporation (MCC), as well as the President of Kosovo Hashim Thaci and Governor of Iowa Kim Reynolds, were hosted by Des Moines Area Community College DMACC in a special inaugural event of the #WE / Women in Energy Scholarship Program, supported by MFK through the Threshold Program.

Women in Energy Program which supported 28 Kosovar women to study energy-related fields in Iowa, was inaugurated by both the Governor of Iowa and President of Kosovo, testifying to the great support for ensuring equal access to the workforce for Kosovo women in the energy sector. Governor Reynolds signed a special proclamation that declares #WE / Women in Energy Program as an activity of special importance for the State of Iowa. Furthermore, DMACC announced Kosovo Year in their school to mark the occasion.

The inaugural event was followed by a dinner hosted at the Iowa Culinary Institute where Kosovan and Iowan chefs prepared meals of their native tradition.

The Women in Energy Scholarship Program is tailored to enable cooperative effort of Governments of Kosovo and US, private sector and  US-based education institutions, following the newly announced efforts by White House to invest in economic empowerment of women, so they re-invest in their families and communities, producing a multiplier effect that spurs economic growth and contributing to local and regional peace and stability.

The #WE/Women in Energy Scholarship Program addresses two key objectives in support of Kosovo’s economic development as well as greater gender inclusion in Kosovo’s energy landscape: to both bridge the gap between the labor market  needs in the energy sector and the lack of technical skills in the energy industry