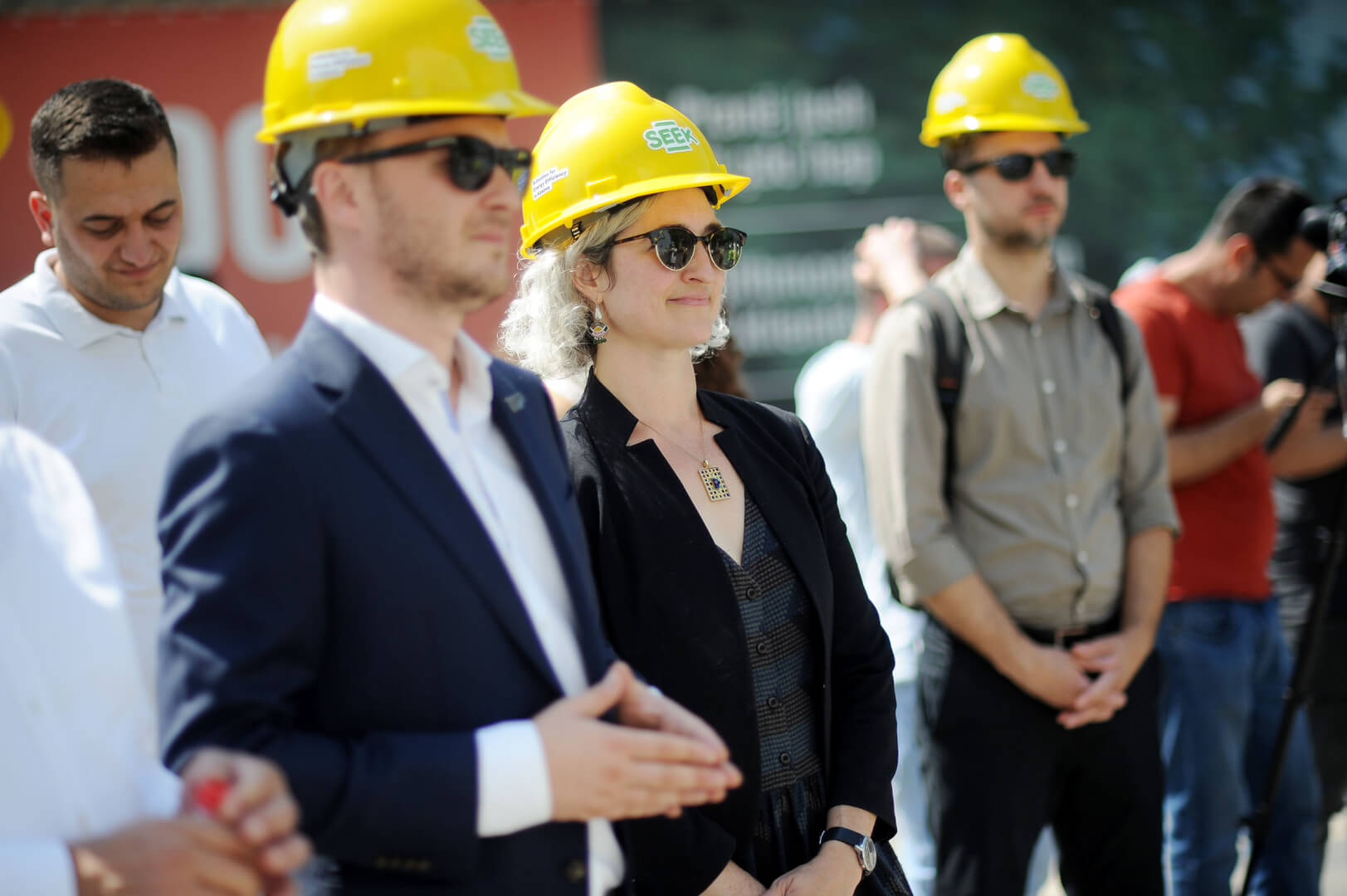 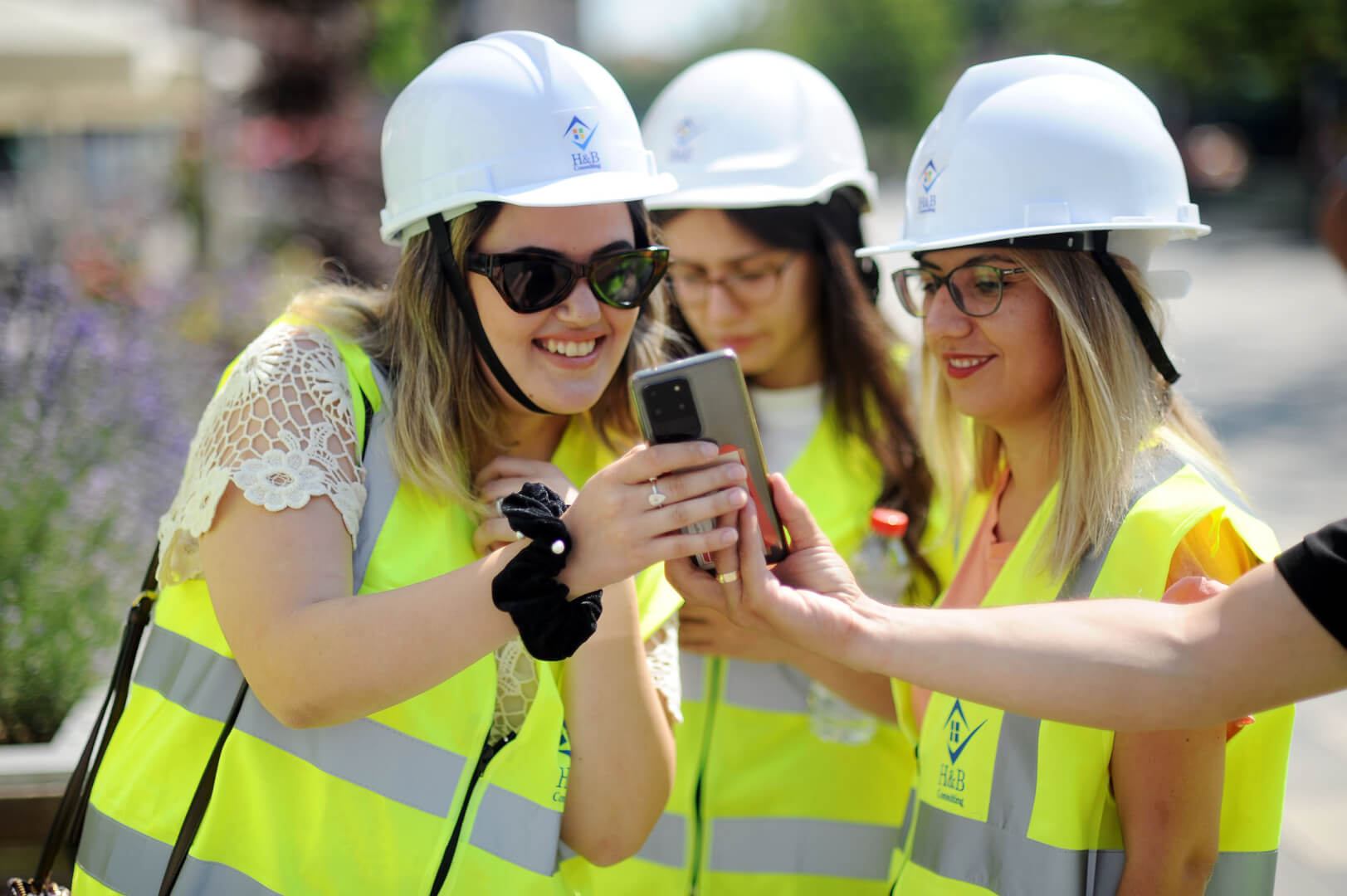 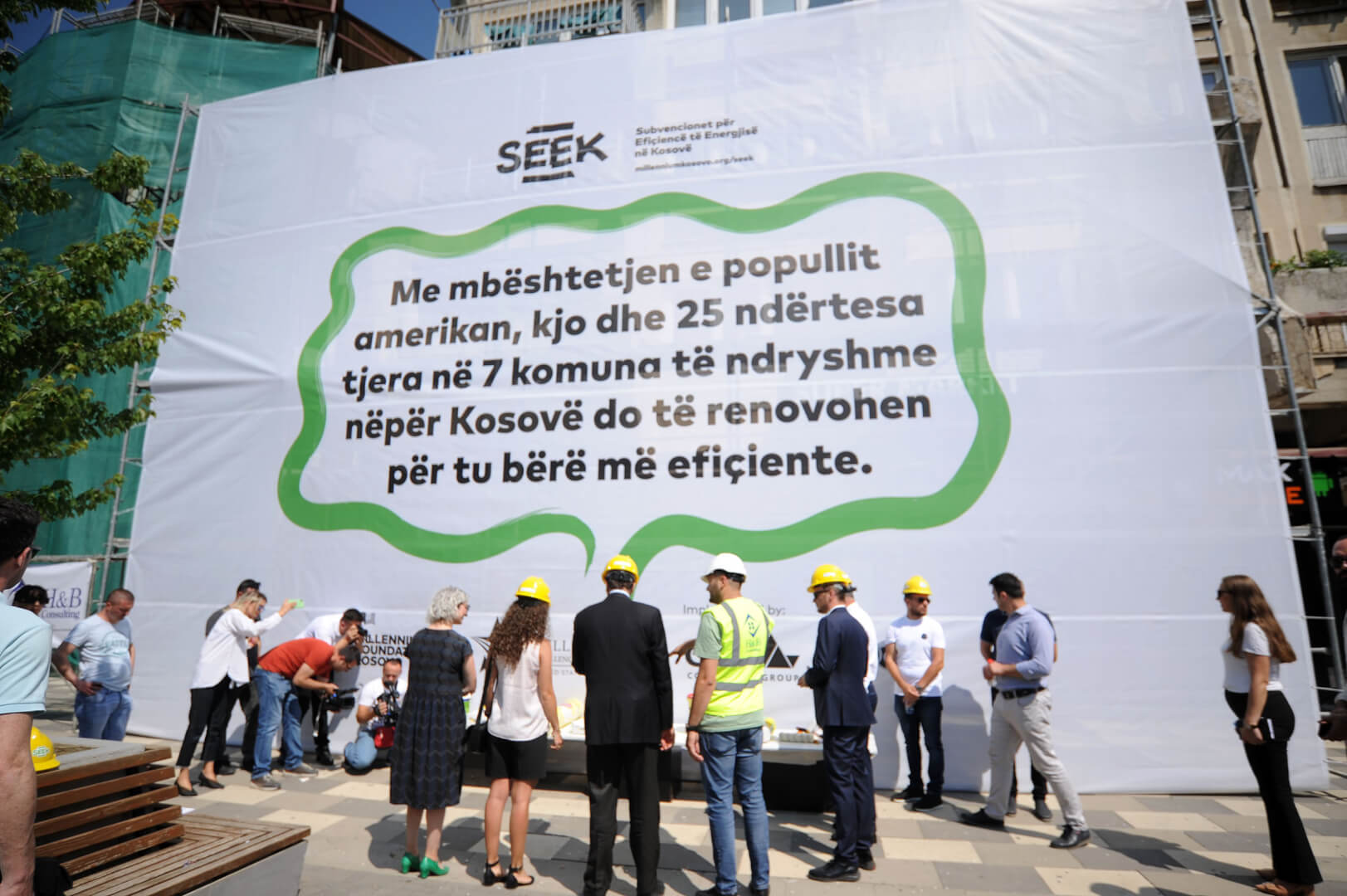 “This project involves renovating roofs, changing doors and windows, and insulating the entire thermal envelope of the building. 143 apartments in the Municipality of Lipjan will be retrofitted and enjoy lower energy bills,” said Imri Ahmeti, the Mayor Of Lipjan Municipality, at Monday’s event inaugurating the Lipjan component of the Apartment Efficiency Retrofit (AER) Intervention Package (IP). This project is a part of the already-launched SEEK, a $20.6 million project funded by the Millennium Challenge Corporation (MCC). Through this intervention, the MFK will retrofit 25 Multi-Apartment Buildings (MAB) across seven municipalities in Kosovo to become more energy efficient. Representatives from MCC, MFK, and the U.S. Embassy were present for the Lipjan ceremony.

“Here in Kosovo we are working with the government to embrace its global responsibility to meet emissions targets, transitioning from highly polluting fossil fuels like coal and moving to more sustainable and renewable sources,” U.S. Deputy Chief of Mission Nicholas J. Giacobbe remarked at the event. Giacobbe acknowledged that the MCC and MFK-led retrofit project in Lipjan and throughout the country demonstrates a compelling model for encouraging savings from Kosovo citizens while also improving environmental outcomes. Ultimately, Giacobbe reinforced the idea that U.S. assistance in Kosovo, including the MCC Threshold Program implemented by MFK, aims to strengthen Kosovo: “Our assistance is meant to lay the foundation for a sovereign, resilient, and self-reliant Kosovo that not only embraces its responsibilities at home, but as an equal partner in the region, within Europe and the world,” he said.

MCC Country Director for Kosovo Sarah Olmstead discussed the challenges associated with making improvements to public apartment buildings and her hope that the AER IP will help Kosovo’s government learn more about energy efficiency. “We hope that we can learn a lot from the 25 buildings we’re renovating and that the government… will be able to build upon that learning for the future,” she noted. Mrs. Olmstead expressed her happiness that retrofits are beginning after three years of preparatory work and congratulated Mayor Ahmeti of Lipjan on his involvement in the process.

“I’m happy that through this project we are helping Kosovo families save money but also helping Kosovo municipalities achieve some important benchmarks in fulfilling our obligation and promise to our own children,” said Petrit Selimi, MFK CEO, highlighting the personal and societal benefits of this project.

The focus of AER IP is to provide subsidies for Kosovo apartment communities to invest in retrofits that will reduce energy consumption, as well as to support behavior change towards energy efficiency. AER provides grants to apartment-building communities in competitively selected municipalities to implement energy efficiency upgrades to common areas and the thermal envelope.

Through the SEEK Project and AER IP, the MFK—as the implementing entity of the $49 million Threshold Agreement between the Republic of Kosovo and the MCC—aims to reduce electricity consumption in the residential sector by piloting subsidies and other incentives to municipalities and MAB’s to invest in energy efficiency measures. The primary technical focus of SEEK is energy efficiency measures that will reduce the consumption of electricity for heating and promote the use of energy-efficient heating devices. This activity is being implemented by a consortium of German companies: the GFA Consulting Group and HPC International.

Millennium Foundation Kosovo (MFK) is an accountable entity responsible for implementation of the $49 million Threshold agreement, signed by the Republic of Kosovo and MCC in 2017. MFK’s mission statement calls for accelerating Kosovo’s transition to energy independence and good governance. The Kosovo Threshold Program addresses two key constraints to Kosovo’s economic growth: an unreliable supply of electricity; and real and perceived weakness in rule of law, government accountability and transparency.