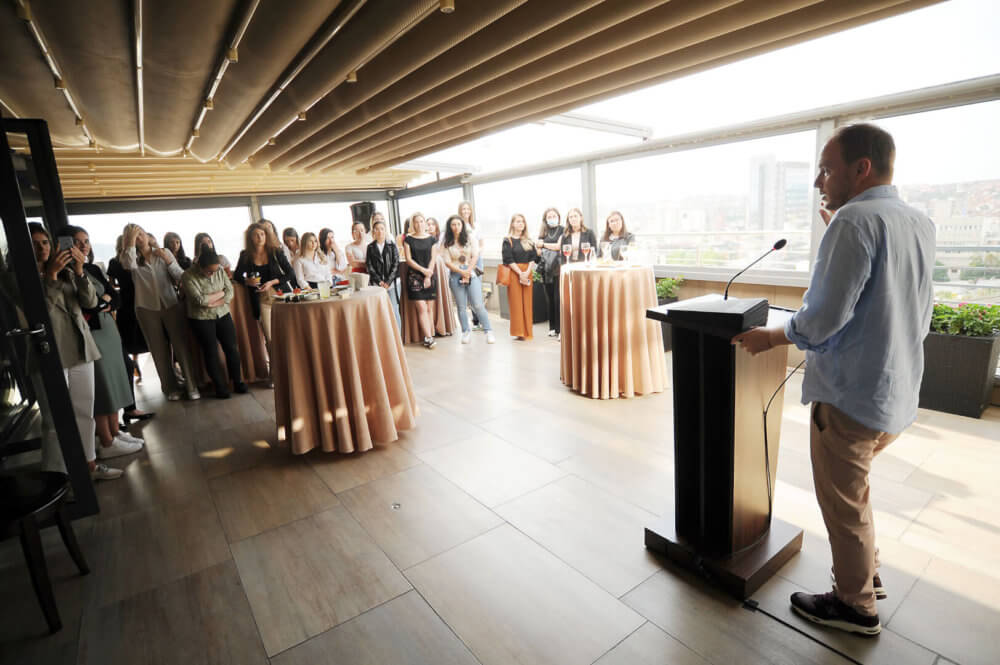 MFK Meets Women in Energy Graduates Upon Their Return

MFK CEO Petrit Selimi welcomed the graduates of the WE program back to Kosovo and thanked them for their engagement while studying in the USA. Selimi emphasized the importance of their efforts and participation: “Women in Energy is our flagship project and we’re convinced that the multilateral approach we have taken to provide grants, scholarships and internships will enable a new generation of women leaders to help the entire energy sector as well as Kosovo economy in general, in the years to come. It will be an enduring legacy of the entire Threshold agreement.”

The recent graduates have already expressed their excitement about joining the energy sector in Kosovo, and MFK is now connecting them with potential employers, including leading companies and organizations in the energy industry. The Women in Energy Program has not only encouraged young women to commit to careers in STEM, but will also bridge the gap between employers and these young women by promoting the graduates’ achievements as well as the growing opportunities that the energy sector has to offer.

Millennium Foundation Kosovo is an accountable entity responsible for implementation of the $49 million Threshold agreement, signed by the Republic of Kosovo and Millennium Challenge Corporation in 2017. MFK’s mission statement calls for accelerating Kosovo’s transition to energy independence and good governance. The Kosovo Threshold Program addresses two key constraints to Kosovo’s economic growth: an unreliable supply of electricity; and real and perceived weakness in rule of law, government accountability and transparency.