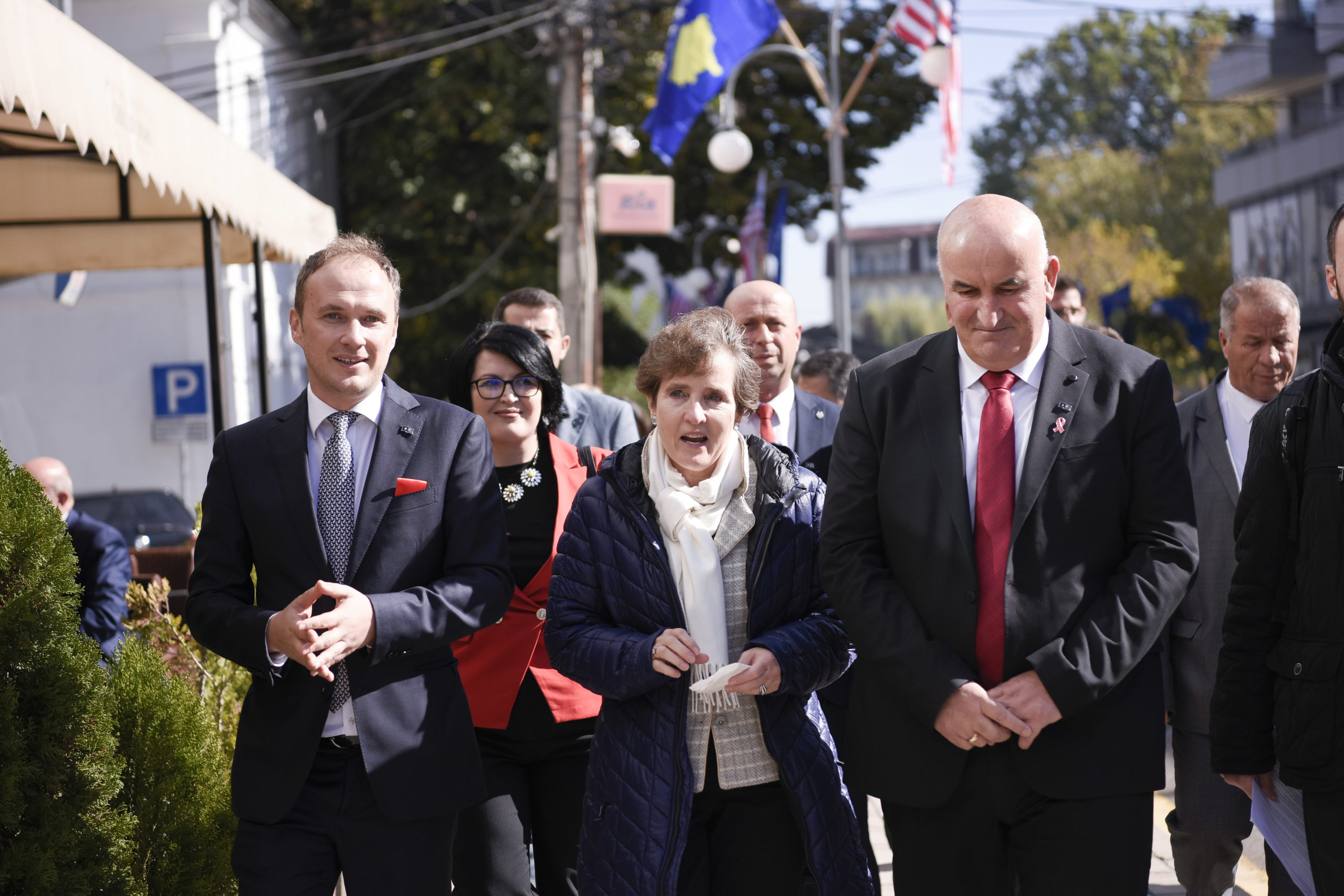 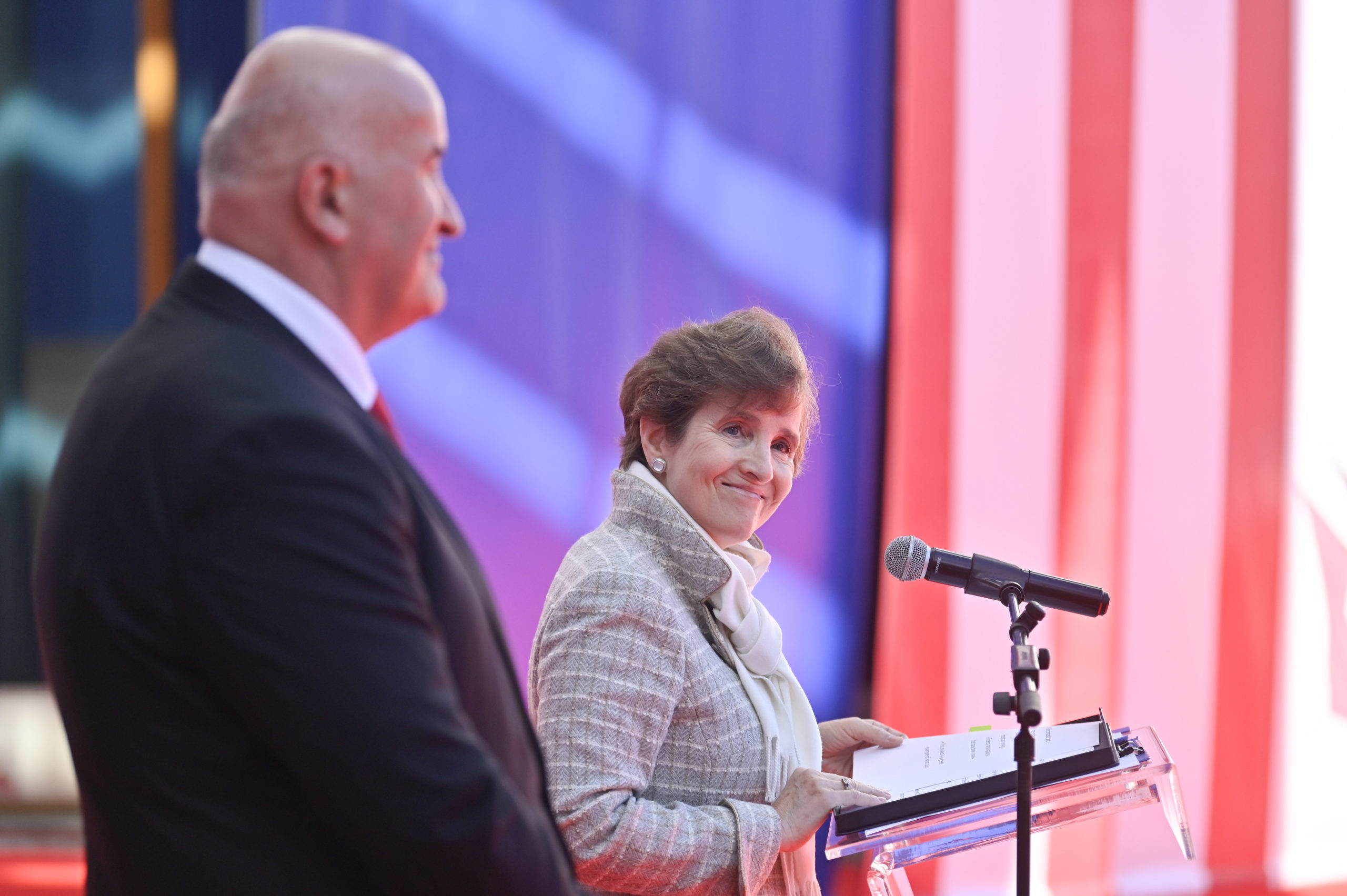 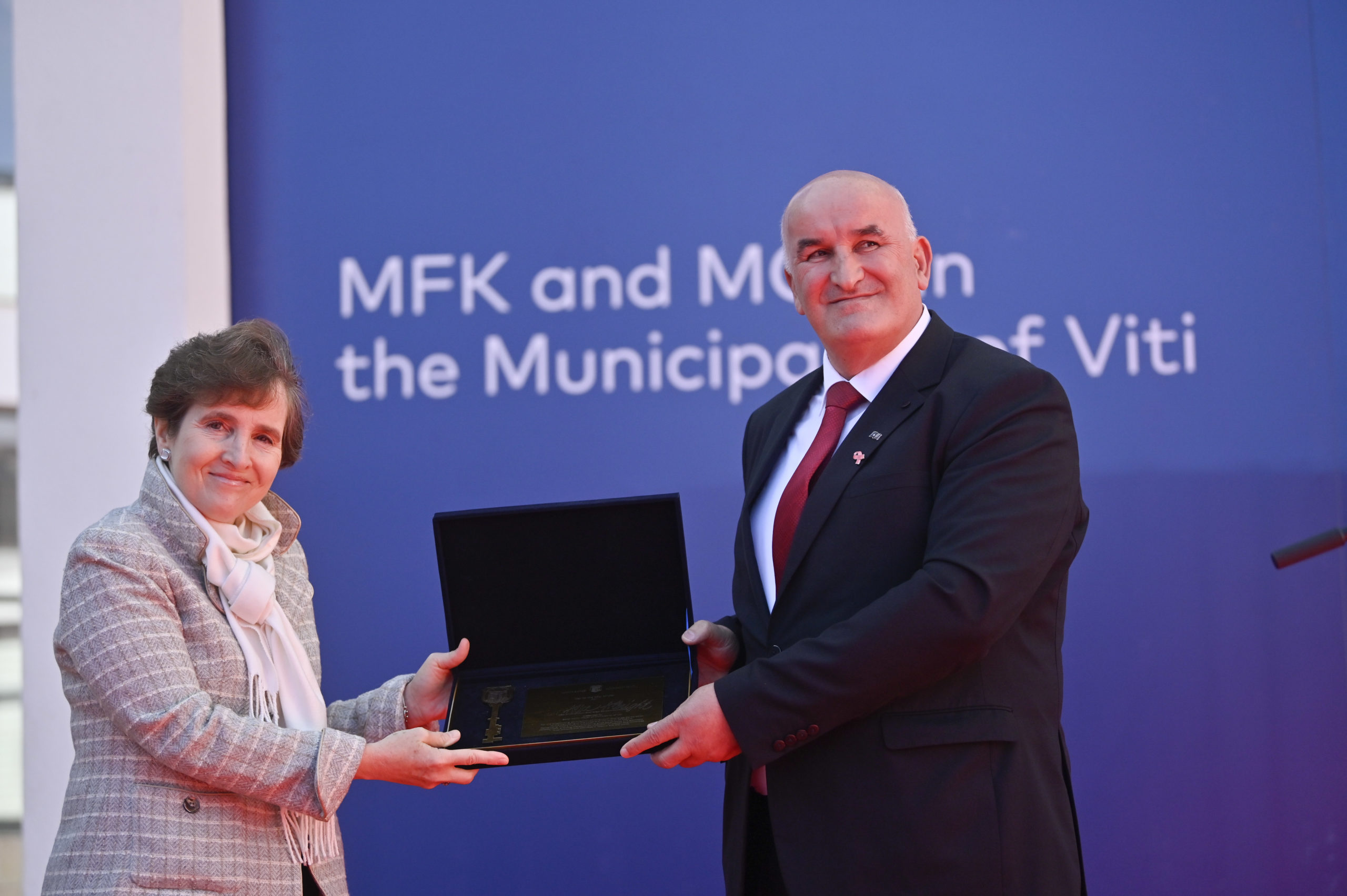 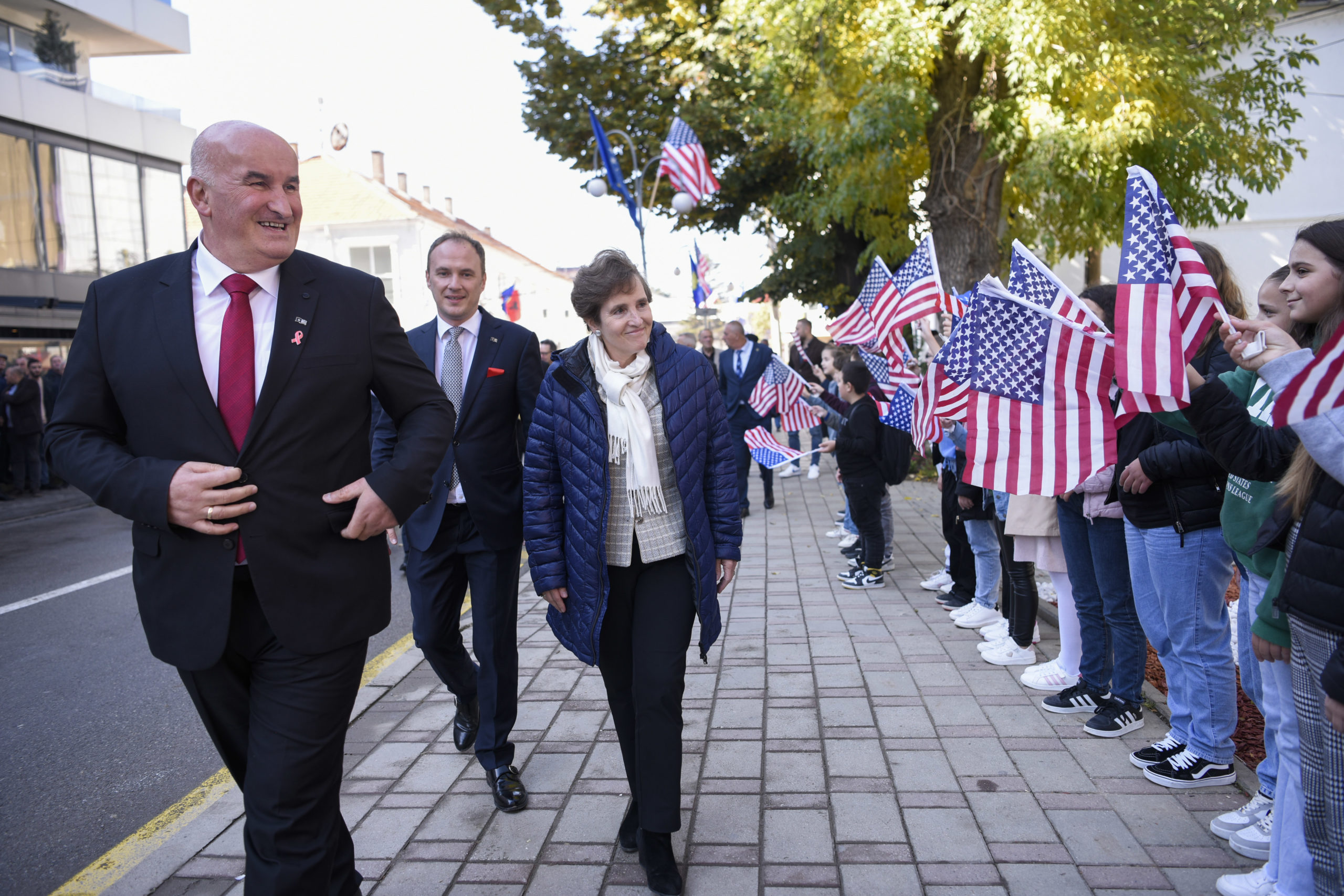 In the series of closing activities under the Threshold Program, Ms. Alice Albright, MCC CEO, accompanied by a senior MCC delegation from Washington DC, and MFK Energy team, visited the municipality of Viti to see the progress of works done through the Apartment Building Efficiency Retrofits (AER).

‘’Improving energy efficiency is one of the cheapest, the most cost-effective measures countries can take to reduce greenhouse gas emissions, pollution, improvements in health, support economic development and alleviate poverty’’ – said MCC CEO, Alice Albright during her opening remarks. ‘’As part of the Apartment Energy Retrofits component of the Reliable Energy Project, Viti was one of six municipalities selected to pilot a new approach to subsidizing energy efficiency retrofits. The Municipality of Viti was a strong partner for this program, contributing 30% of the cost of the retrofits, which will benefit 43 families living in these apartment buildings.  This particular building is the only one where we’ve piloted solar panels for heating, and we look forward to learning whether this approach will be replicated. This project is a great example of what our partnership can accomplish’’ – she added.

‘’We are proud to see the concrete results of this cooperation. Dozens of families today have warm homes and will spend less on electricity bills. Glad that this model of cooperation between the Municipalities and the MFK has been used in 6 other municipalities’’- stated Sokol Haliti, mayor of the municipality of Viti.

As a gesture of gratitude about the MFK and MCC investments that have already touched many lives, Mayor Sokol Haliti awarded the MCC CEO Alice Albright the key to the city of Viti.