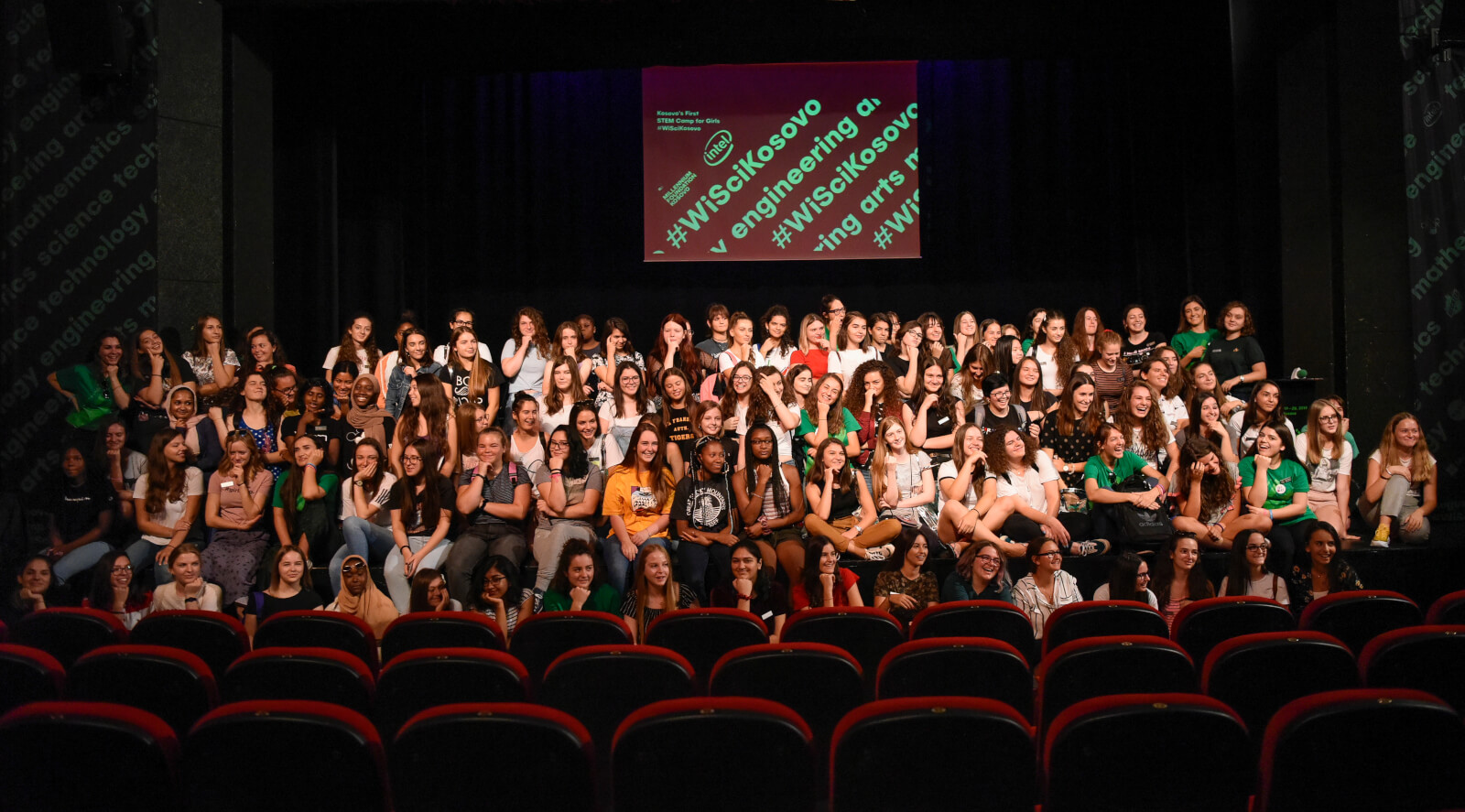 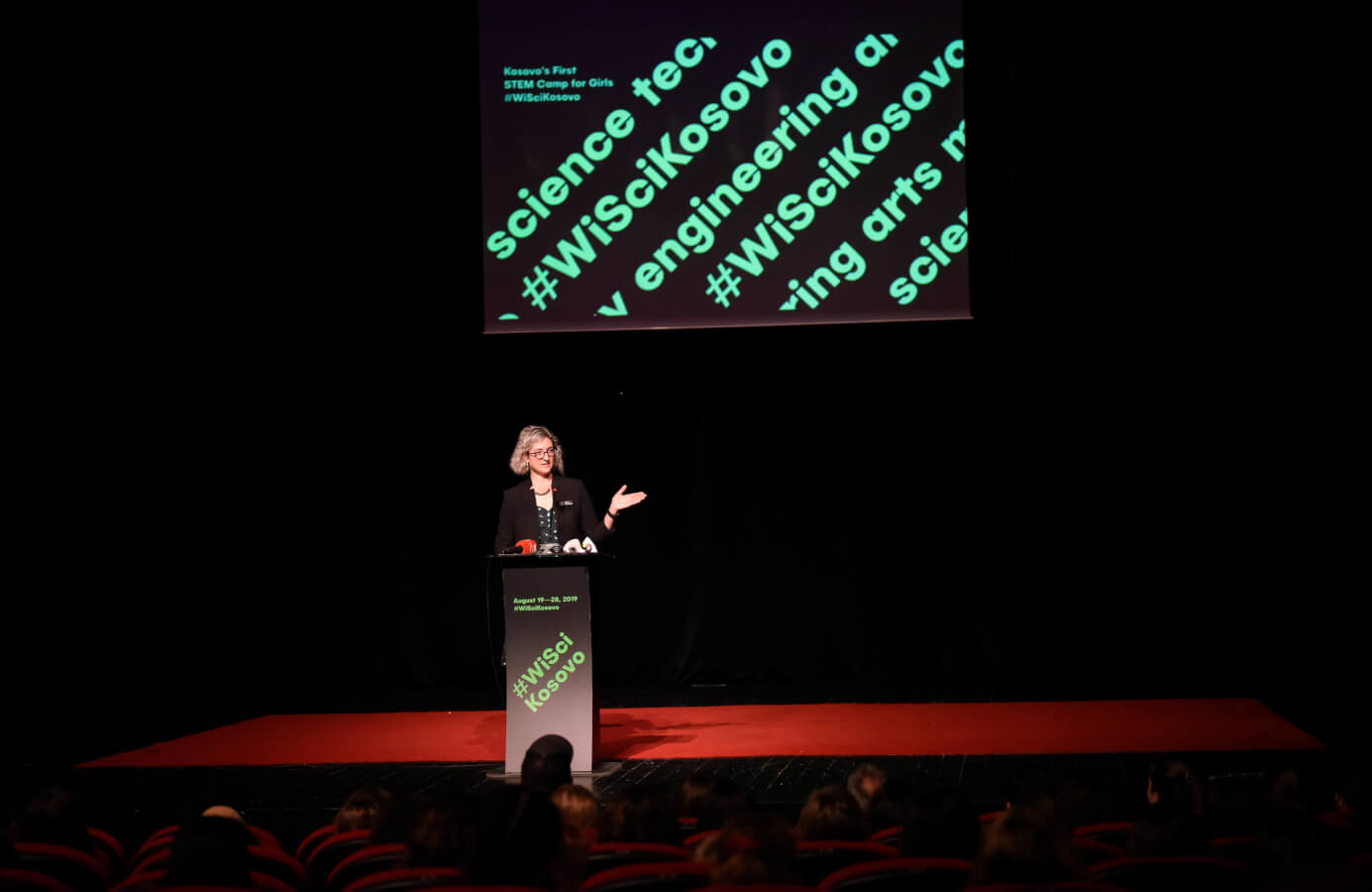 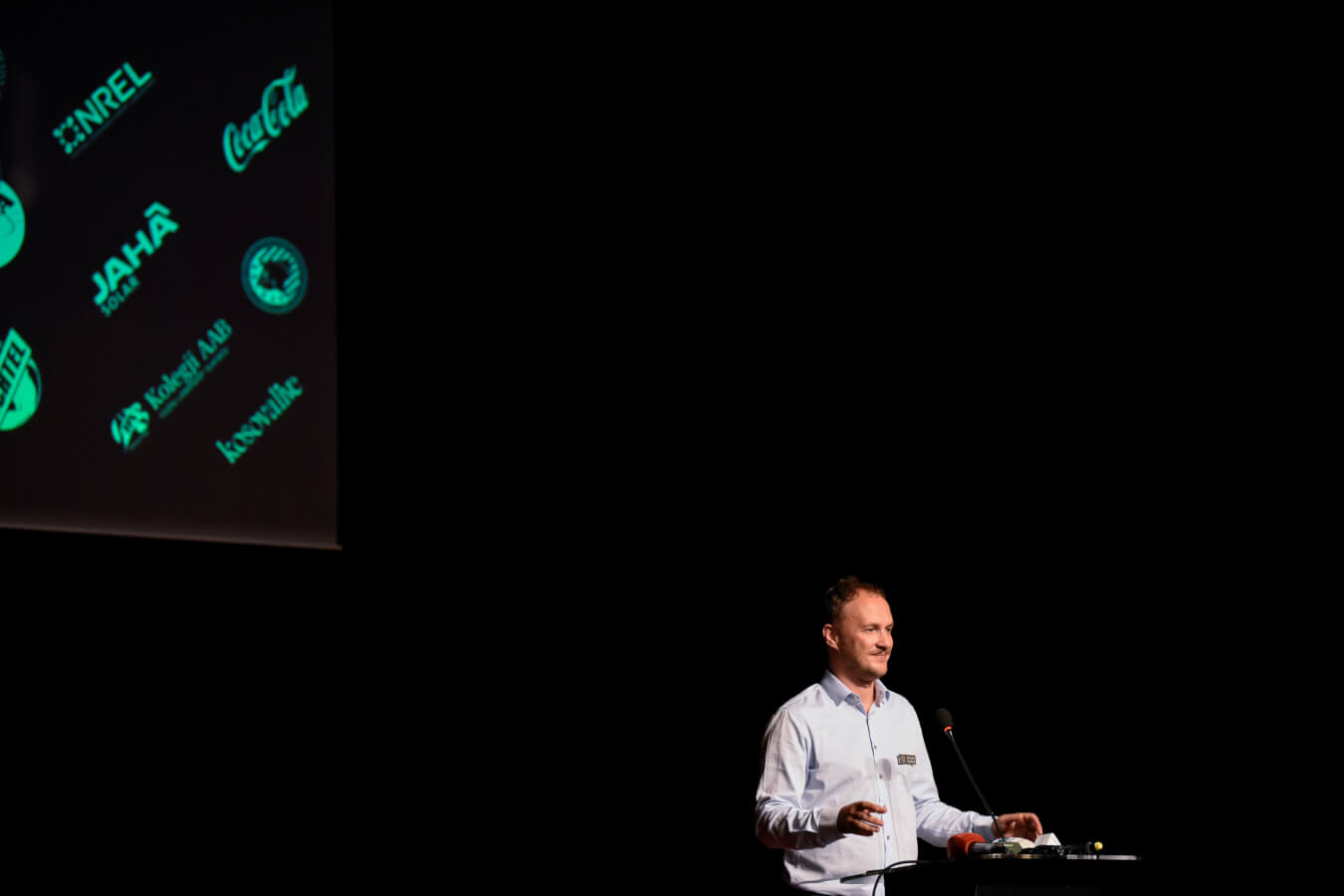 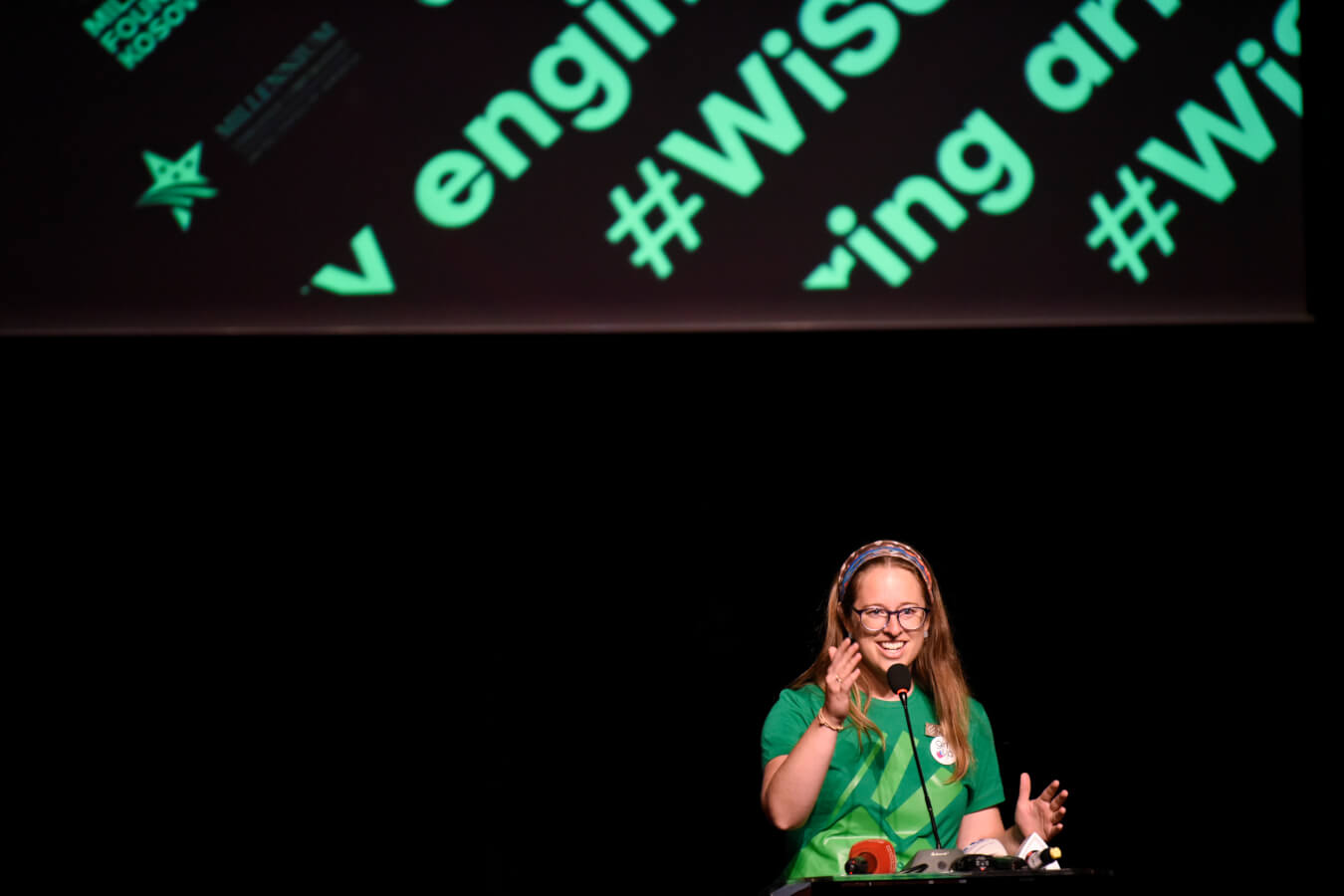 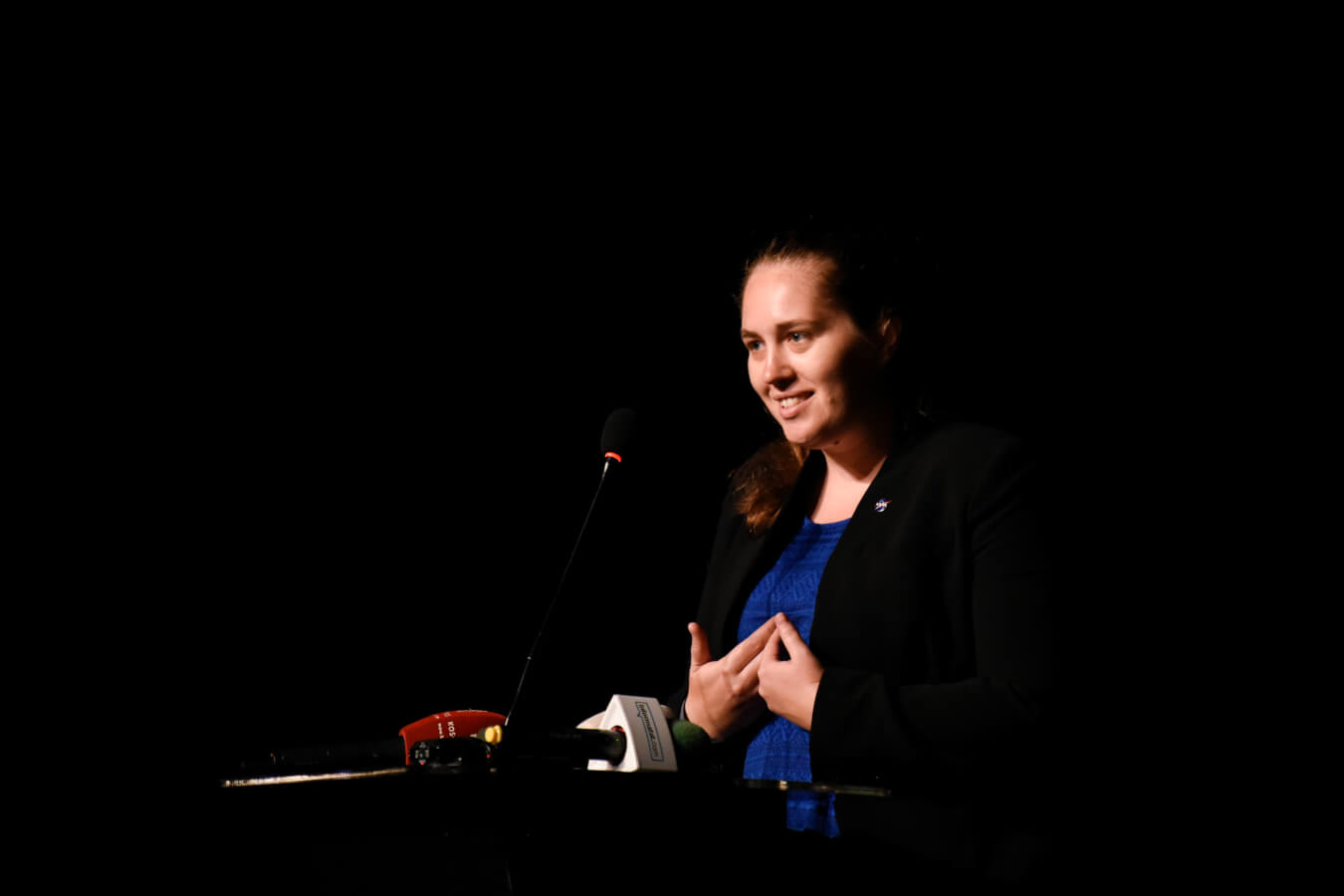 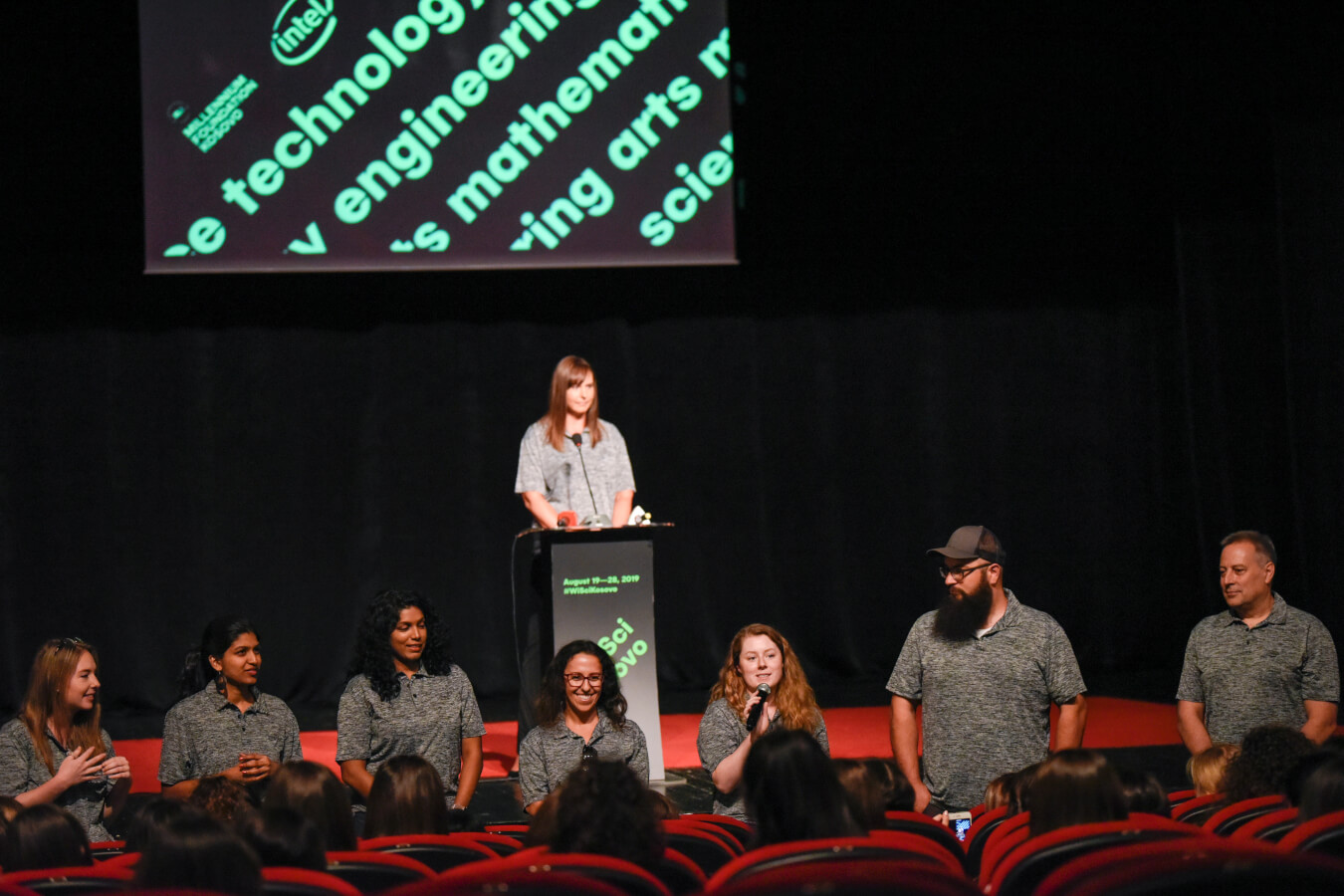 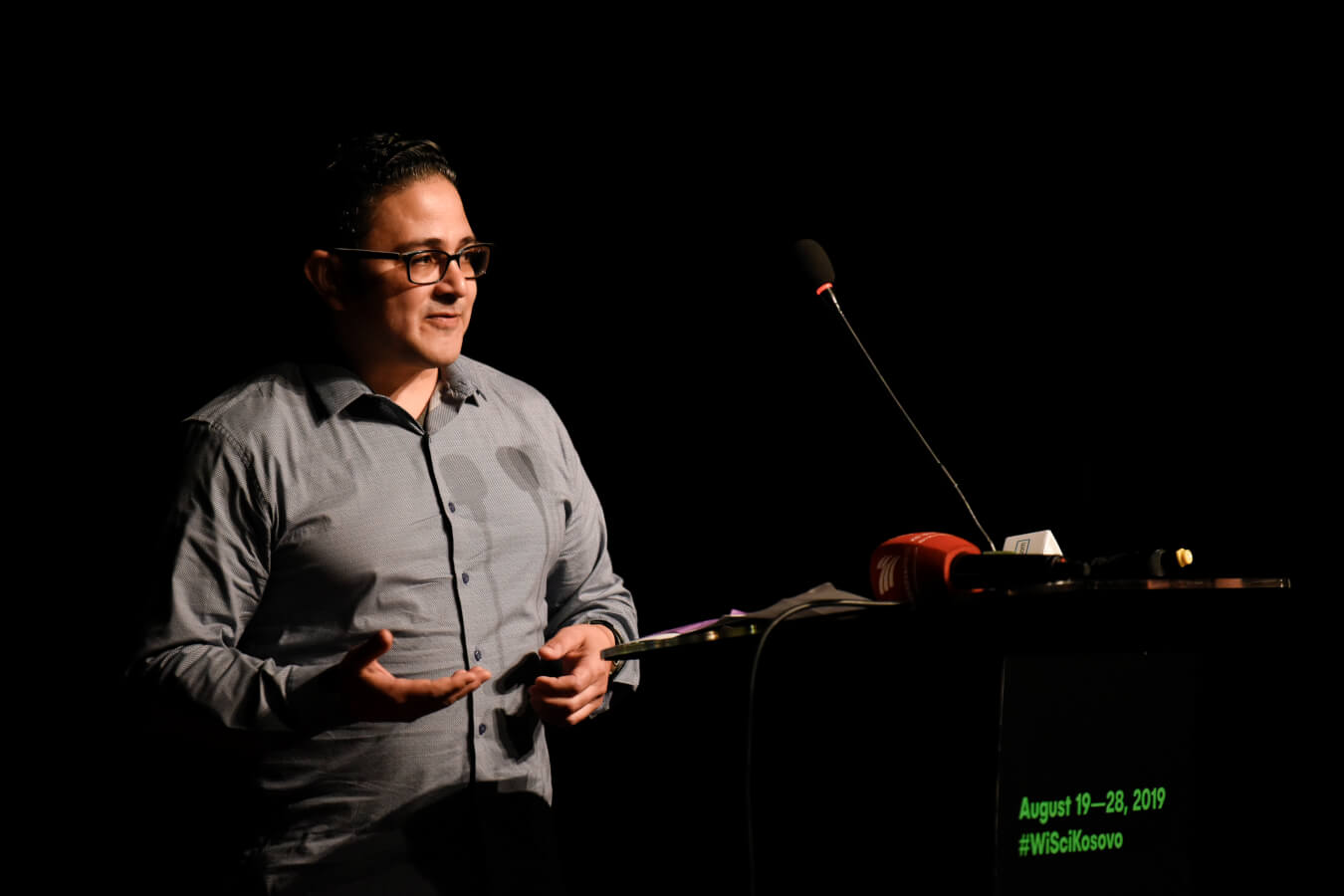 At the opening of the camp, guests were addressed by MCC Country Director for Kosovo Sarah Olmstead who said: ‘I know you’re going to have an amazing time, you’re going to learn some really fun and useful skills, but more importantly you’re going to make lasting friendships with other women who support and empower you to do whatever you want going forward, whether that’s in the sciences, the arts, or whatever moves you. I look forward to hearing about what you take away from this experience.’

Executive Director of MFK Petrit Selimi said: “We are organizing this camp in cooperation with US Embassies in the region, as well as the biggest American companies in the world. This summer camp for girls is a good example of partnerships between the American and Kosovo public institutions, as well as the US corporations, that focus on creating women leaders in Kosovo. One hundred girls from six countries will study in Pristina with teachers from impressive organizations such as NASA, Intel and Microsoft to learn artificial intelligence, renewable energy, coding, drone design, and more. This is another important project for MFK in the field of gender mainstreaming.”

Bailey Leuschen, the camp organizer and leader of GirlUp WiSci camps, invited all teams from all participating countries to stand up and invite everyone to join in the personal challenge of opening up to new ideas, new foods, languages ​​and cultures they will interact with during this summer camp in Pristina.

Then, on the stage, she invited Venera Llunji, Vice-rector for International Affairs and Cooperation at AAB College, the hosting College for all classes throughout the camp. She welcomed the guests expressing gratitude that AAB College is partnering with such prestigious organizations.

Emily Adams, NASA SERVIR Team Leader, informing the audience about her program said: ‘Most people think of NASA as the astronauts, the people going to Mars and beyond, or the ones working in the background to make these travels happen. NASA also uses the unique vantage point of space to look back at the earth and help understand our home planet. So together we help better understand the world. My program, NASA SERVIR brings the state of the art science and technology that NASA has for Earth Science and brings it to developing countries. We help countries better understand the world. We will be looking to all of you to help us build the next generation to make tools satellites applications to make our world a better place, particularly in the face of climate change. ‘

Melissa Lucas, Head of Staff and Operations at INTEL introduced her team saying: ‘We look forward to launching our shared classes in the STEAM fields. We are very passionate about our professions and these days we will give you knowledge of communication, emotional intelligence, coding of drones, training on artificial intelligence and more. ‘

Marcus Giron, the representative of NREL, shared with his audience the story of himself and his parents who worked hard and invested everything they had into education so that they and their children had a better chance at life. In the end, he encouraged the girls in the WiSciKosovo camp to remember the hard work and investment in education as essential elements of their success.

Over the course of 2 weeks, this camp, featuring a hundred girls from the region and America, will take on innovative topics such as robotics and coding, drone technology, renewable energy sources, construction technologies and other topics that are aimed at inspiring girls to be courageous and advance in education and entrepreneurship, developing their confidence and leadership skills. This camp aims to empower girls for leadership in their future fields and encourage them to pursue any of the professional paths offered in STEM programs.